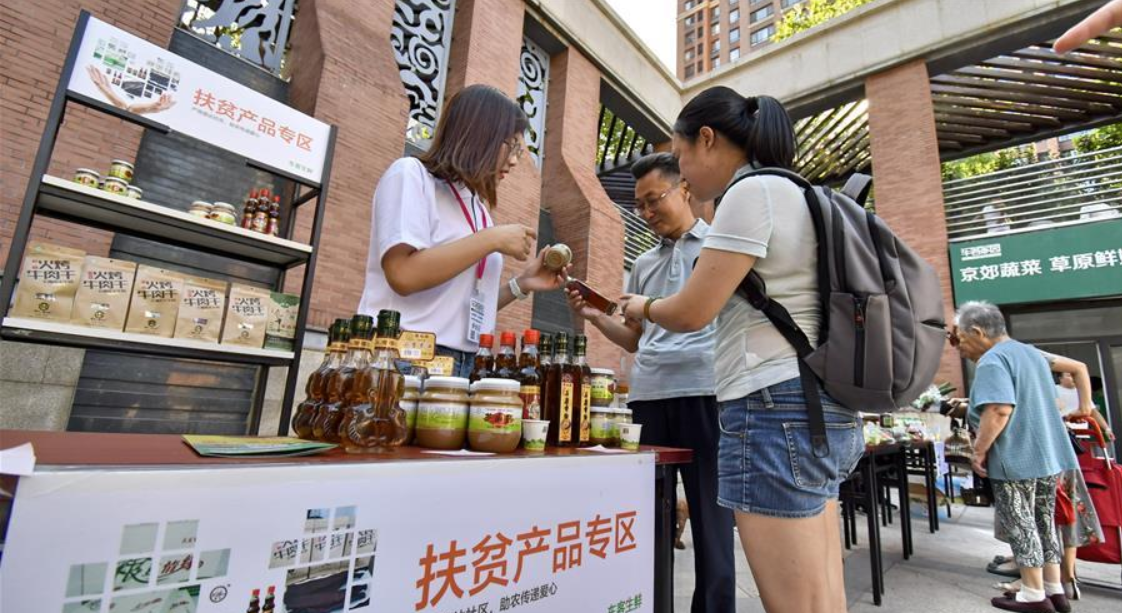 A staff member introduces agricultural products to residents at a convenience store in Beijing, capital of China, July 26, 2018. (Photo: Xinhua)

BEIJING, Dec. 23 (Xinhua) -- Areas of China suffering from extreme poverty have made faster progress in terms of poverty relief compared to the country's average pace in 2018, an official has said.

The country has earnestly pushed ahead with poverty relief efforts in areas burdened by extreme poverty this year, said Liu Yongfu, director of the State Council Leading Group Office of Poverty Alleviation and Development.

Central and local governments have rolled out policies to enhance support for such areas around the country, Liu said. "At present, related plans and tasks are going ahead as scheduled, with some having been completed in advance," he added.

Since 1978, China has lifted 740 million people out of poverty, reducing the poverty headcount ratio by 94.4 percentage points. The country is committed to lifting the entire poor rural population out of poverty by 2020.