China has attached great importance to the construction of ecological civilization and is committed to combating desertification, as part of its efforts to restore harmony with nature. 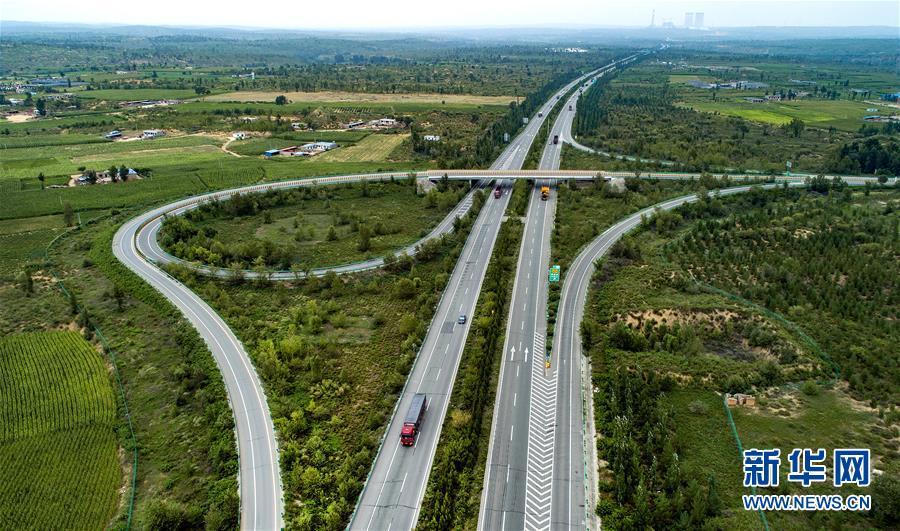 Vehicles run on the Yulin-Jingbian Expressway through the Mu Us Desert in Yulin City, northwest China's Shaanxi Province, Aug. 1, 2018. The expressway is the first of the kind built in a desert in China. (Photo: Xinhua)

Since 2004, China's total area of desertified and sandy land has shrunk for three consecutive monitoring periods. For instance, the area of desertified land has changed from an average annual expansion of 10,400 square kilometers at the end of the last century to an average annual reduction of 2,424 square kilometers at present.

"The vegetation index in desert areas is increasing, and the desert ecology is stable," said Sun Guoji, director of the desertification control department of the National Forestry and Grassland Administration, noting that the phenomena of "farmland being buried in sands" and "roofs being covered with sand" have largely disappeared.

According to an international study based on satellite data, between 2000 and 2017, about a quarter of the newly added green lands around the world was in China, making the country the largest contributor to new green lands in the world. A considerable part of this change comes from the afforestation of sandy lands.

"In order to strengthen the ecological protection and control of sandy areas, China has accelerated the implementation of a series of major projects to protect and restore desert ecosystems, including the return of farmland to forests, shelterbelts in the three northern regions, and controlling the sources of sandstorms in Beijing and Tianjin," Sun said.

Sun added that China has been intensifying efforts to combat desertification, implementing the strictest protection system and fully implementing a plan for protection and restoration of desertified lands.

Furthermore, sand control and poverty control can be reinforced at the same time, forming a virtuous circle. "All localities have scientifically developed and utilized light, heat, wind and other resources in sandy areas, and developed green industries to help local people generate more income," said Sun.