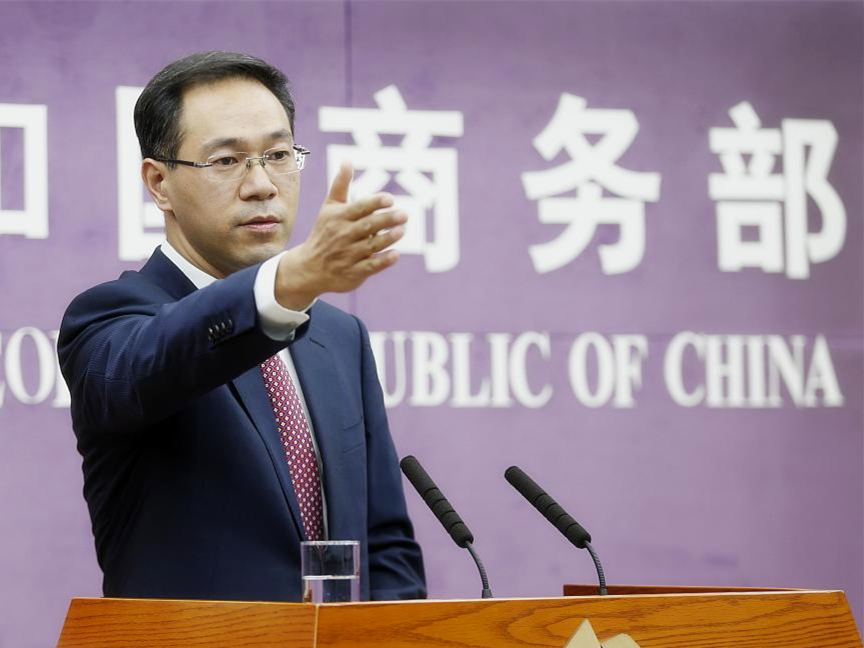 The comments were made in response to remarks that attributed China's development to investment from the United States.

"We never deny that investment from the United States helps China's development, but the country's development ultimately relies on its opening-up and reform and the endeavors of its people," said MOC spokesperson Gao Feng.

Since 1987 when China started keeping statistics on foreign investment, the country has accumulatively utilized foreign capital of more than 2 trillion U.S. dollars. Investment from the United States was 81.36 billion U.S. dollars, accounting for 4.06 percent, according to the MOC.

"After the reform and opening-up were initiated in the late 1970s, China has continued to open its market to the world based on the principles of mutual benefits and win-win results," Gao said.

Since 2013, China has contributed to more than 30 percent of global economic growth every year on average, according to the International Monetary Fund.

Gao stressed that China would never carry out acts of economic aggression. On the contrary, he said China is willing to share development opportunities, construct an open world economy and boost global economic growth with other countries.

"This year marks the 40th anniversary of China's reform and opening-up and China will uphold its basic state policy of opening-up to pursue high-quality economic development in open conditions," Gao said.

Gao also said China had always abided by rules and principles of the World Trade Organization and urged the United States not to find excuses for promoting unilateralism and protectionism.

Gao suggested the United States be constructive in taking effective measures to maintain the sound development of China-U.S. economic cooperation and secure a global economic recovery.