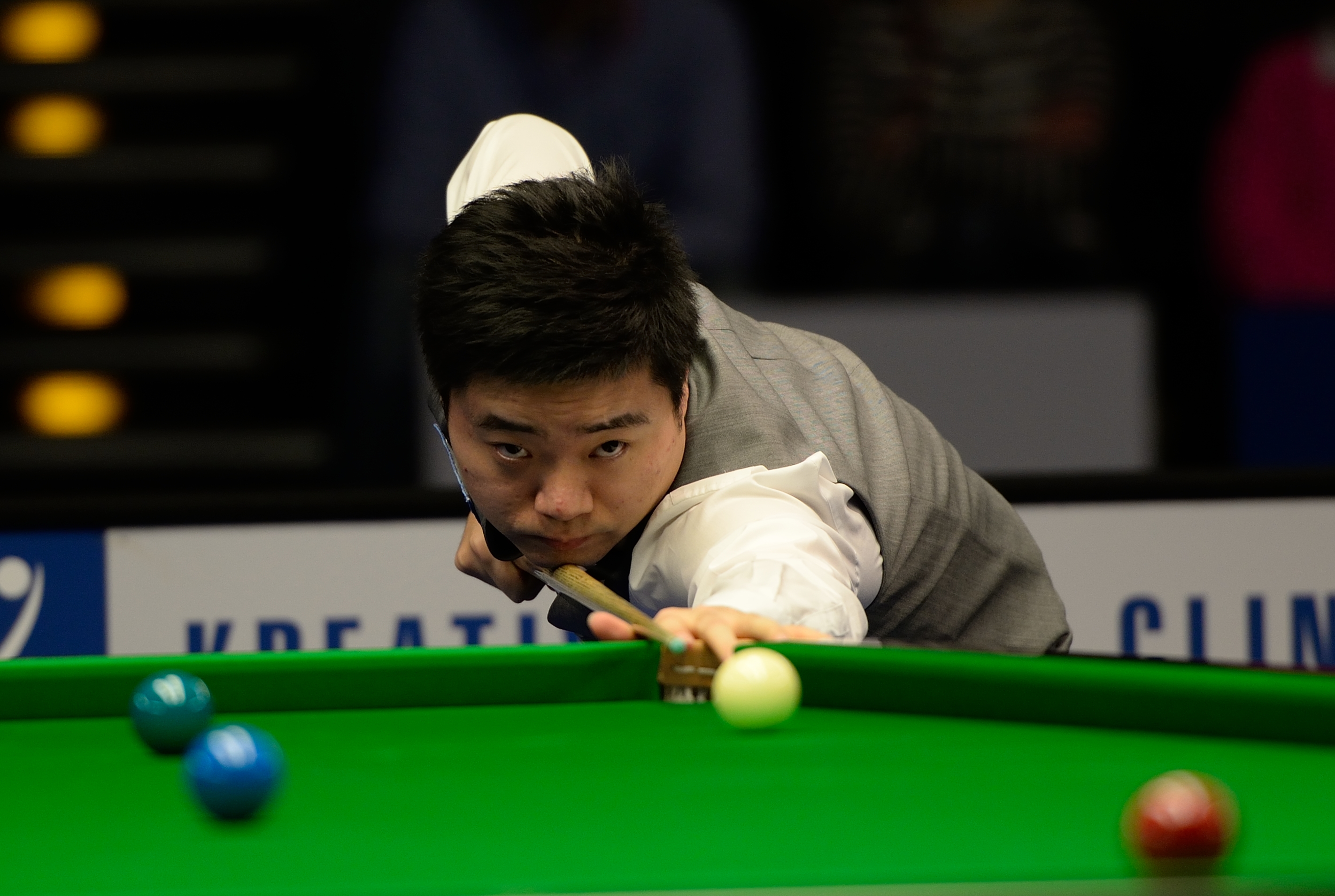 China's former world No. 1 Ding Junhui surrendered a 3-0 lead to lose 6-4 to Welshman Ryan Day in the first round of the Masters snooker tournament at Alexandra Palace here on Monday.

The fourth-seeded Ding then lost a safety battle on the last red and Day finally cleared and led 4-3.

Ding was on a break of 62 when he accidentally touched the blue when using the rest, trying to pot the third-last red. Day took advantage with a 41 clearance to lead 5-3. Ding pulled one back with a run of 100 but Day responded in kind with a 115, the fifth century of the match, to seal victory.

Ding has won only one match after the Masters moved to north London's Alexandra Palace from Wembley Arena in 2012.

"Ryan played great," Ding said. "I missed a couple of pots and he came back like Superman. I got a few chances at 3-3 and 4-3 but little bits of luck went against me."

Ding has not played many matches this season after suffering an eye infection but he believed that he can come back stronger.

"I have trained very hard. I have not decided whether to play next month's Welsh Open, but I think I will be better in the next tournament."