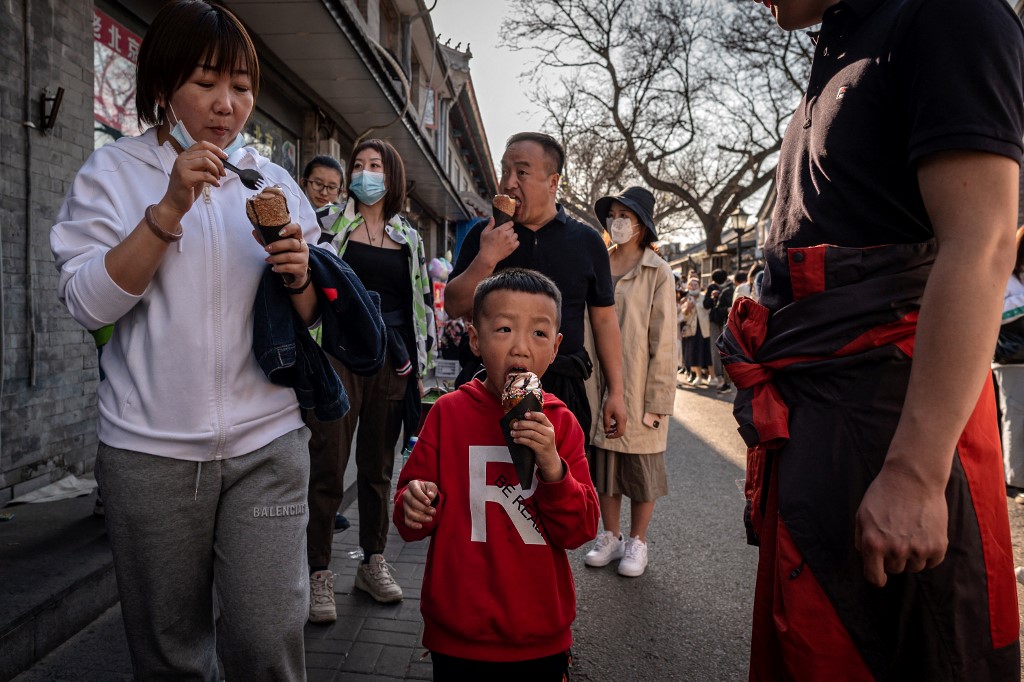 A boy eats an ice cream with his family along a street in a traditional neighbourhood in Beijing on April 4, 2021. (Photo: AFP)

BEIJING, April 6 (Xinhua) -- Domestic tourist trips in China during the three-day Tomb-sweeping Day holiday, ending on Monday, recovered to 94.5 percent of the pre-COVID-19 level, showed data from the Ministry of Culture and Tourism.

Tourist sites across the country received 102 million domestic visitors during the holiday, also known as Qingming Festival, up 144.6 percent from a year earlier, according to the ministry.

Domestic tourism revenue during the period totaled 27.2 billion yuan (about 4.15 billion U.S. dollars), accounting for 56.7 percent of the pre-epidemic level.

Though China's domestic tourism is on an orderly recovery, a full recovery of travel spending will still take more time due to the high proportion of short-distance trips, low prices of tourism products and large-scale free admission and discounts, the ministry said.