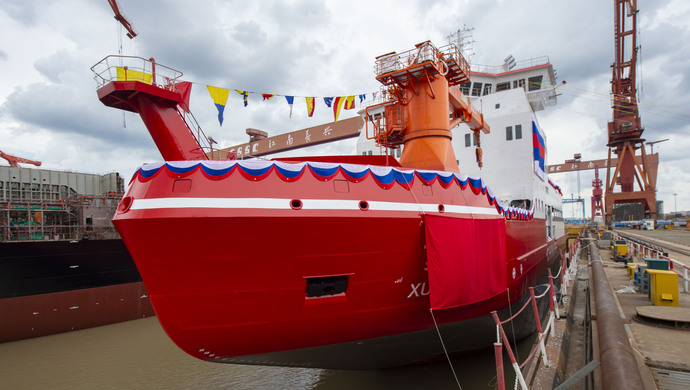 China's first domestically produced icebreaker "Xuelong 2" is expected to be completed in the first half of 2019 and start trial voyages, reported Guangming Daily on Saturday.

It will undergo a series of tests in the polar regions and will then help the current "Xuelong" in the 36th Antarctic research mission, according to the report.

The 122.5-meter-long and 22.3-meter-wide ship was designed by the 708th Research Institute of China State Shipbuilding Corporation (CSSC) and was assembled in Shanghai.

Compared to its predecessor, the Xuelong 2 will be more maneuverable with the use of two-way icebreaking technology.

The Xuelong 2 is expected to become the basic study platform in China's polar expeditions utilizing the most advanced equipment, according to Polar Research Institute of China.