China's door is still open for US trade talks: ambassador 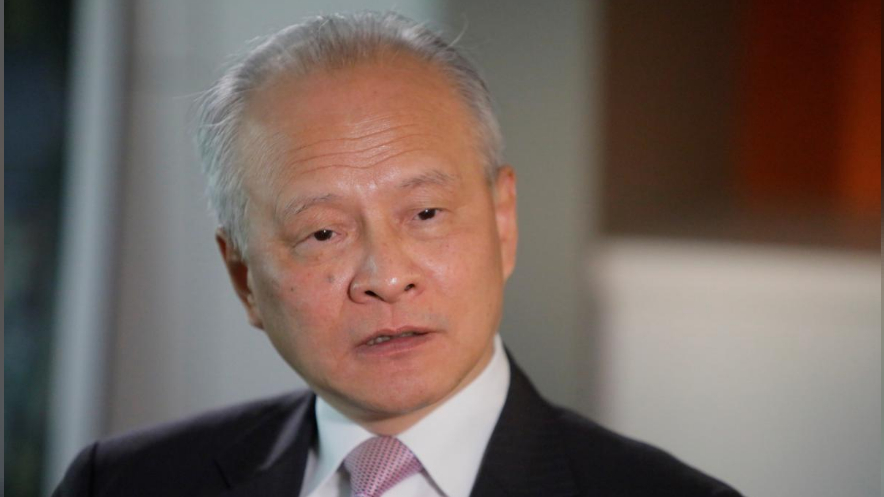 Chinese Ambassador to the United States Cui Tiankai said on Tuesday that Beijing was ready to resume trade talks with Washington, but blamed the US side for frequently "changing its mind" on tentative deals to end US-China trade disputes.

"China remains ready to continue our talks with our American colleagues to reach a conclusion. Our door is still open," Cui said in an interview on Fox News Channel.

No further trade talks between top Chinese and US negotiators have been scheduled since the last round ended in a stalemate on May 10, the same day US President Donald Trump sharply increased tariffs on $200 billion worth of Chinese goods and took steps to levy duties on all remaining Chinese imports.

In response, China has decided to impose tariffs of 25 percent, 20 percent and 10 percent on certain US products starting June 1.

Asked about this reversal, Cui said it was US negotiators that had abruptly backed away from some previous deals that had been tentatively agreed over the past year.

Cui told Fox News Channel that US restrictions on Chinese telecom equipment company Huawei Technologies Co Ltd announced last week "are without any foundation and evidence" and could undermine the normal functioning of markets.

"Everybody knows Huawei is a privately owned company. It is just a normal Chinese private company," Cui said. "So all the actions taken against Huawei are politically motivated."