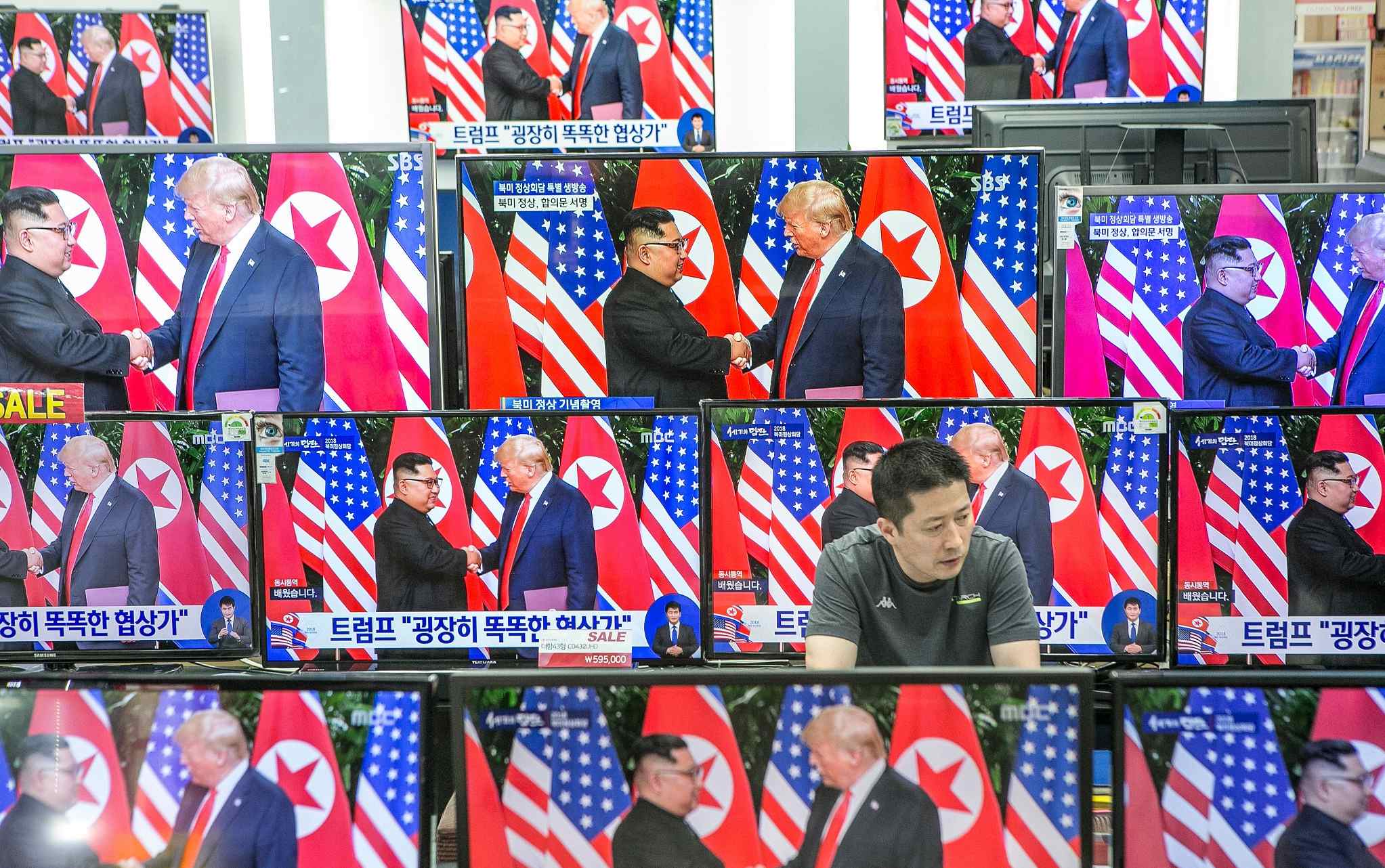 June 12, 2018: A man stands at a counter as television screens display a news broadcast of US President Donald Trump and DPRK leader Kim Jong Un shaking hands following a document-signing event in Singapore, in an electronics store in Seoul. (Photo: VCG)

China said on Wednesday that the current situation of the Korean Peninsula is moving in line with China-proposed "double suspension."

Chinese Foreign Ministry spokesman Geng Shuang made the comments at a daily news briefing in Beijing.

The facts have proven that the "double suspension" proposed by China has been materialized as the Democratic People's Republic of Korea (DPRK) dismantled nuclear test site ahead of the US-DPRK summit and Trump also pledged to suspend military drills with the Republic of Korea (ROK) following his meeting with DPRK leader Kim Jong Un in Singapore, Geng added.

As positive progress is made in the process of denuclearization, relevant parties should take positive measures regarding establishing the Peninsula peace mechanism and addressing the legitimate security concerns of the DPRK, the spokesman said.

Geng also suggested that all sides need to be more patient in dealing with the issue of the Peninsula as it is quite complicated.

China hopes the leaders of the US and the DPRK will continue to build mutual trust, promote follow-up consultations, further expand and consolidate the fruits of their meeting and increase the input in political solutions to achieve denuclearization on the Korean Peninsula.