LONDON, Nov. 16 (Xinhua) -- The latest economic data from China offer further evidence that the Chinese economy is continuing its recovery from its February lockdown malaise, a UK market analyst said on Monday. 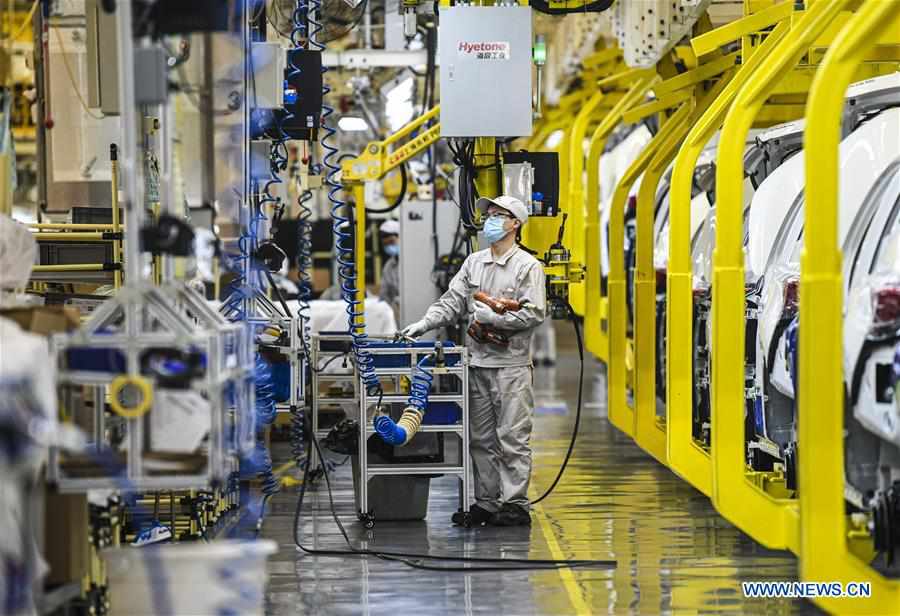 Michael Hewson, the chief market analyst from CMC Markets, said on his company's website that China's latest October retail sales have continued the slow move back into positive territory that began in August.

The growth picked up from the 3.3-percent gain in September after the major consumption gauge posted its first positive growth this year in August by rising 0.5 percent year on year.

"October's number was helped in no small part by the Golden Week holiday at the beginning of the month, and augurs well for a strong end to the year, with Singles' Day in November likely to also offer a significant boost when the November numbers are released next month," Hewson said.

The total value added of the industrial enterprises above the designated size grew by 6.9 percent year on year in October, the same as that in September, the NBSC data showed.