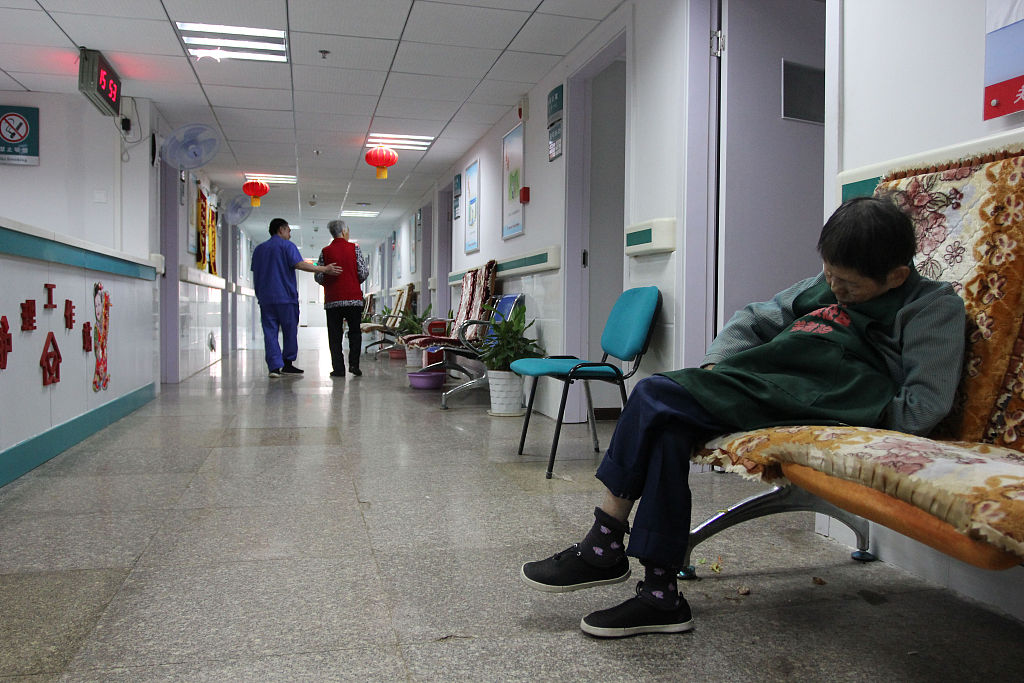 In 2017, there were over 150,000 facilities providing elderly care services in China, including nursing homes, welfare houses and homes for elderly veterans, said the report published on Jan. 26.

Yet the country saw a huge gap between its aging population and the number of the beds, as about 111,300 out of over 140,000 elderly care providers in China offered no accommodation as of the end of 2016.

Nearly 1.59 million beds in China's eldercare facilities were still vacant by the end of 2016, the report said.

A 2016 survey showed that only 4 percent of China's elderly people would like to turn to elderly care facilities, partly due to Chinese people's preference for home-based elderly care and insufficient medical and care services in many facilities.

The report also noted a shortage in qualified personnel, saying that only 300,000 people had qualifications in elderly care in China by the end of 2017, far from the goal of having 6 million eldercare nurses by 2020 set in an official plan in 2011.