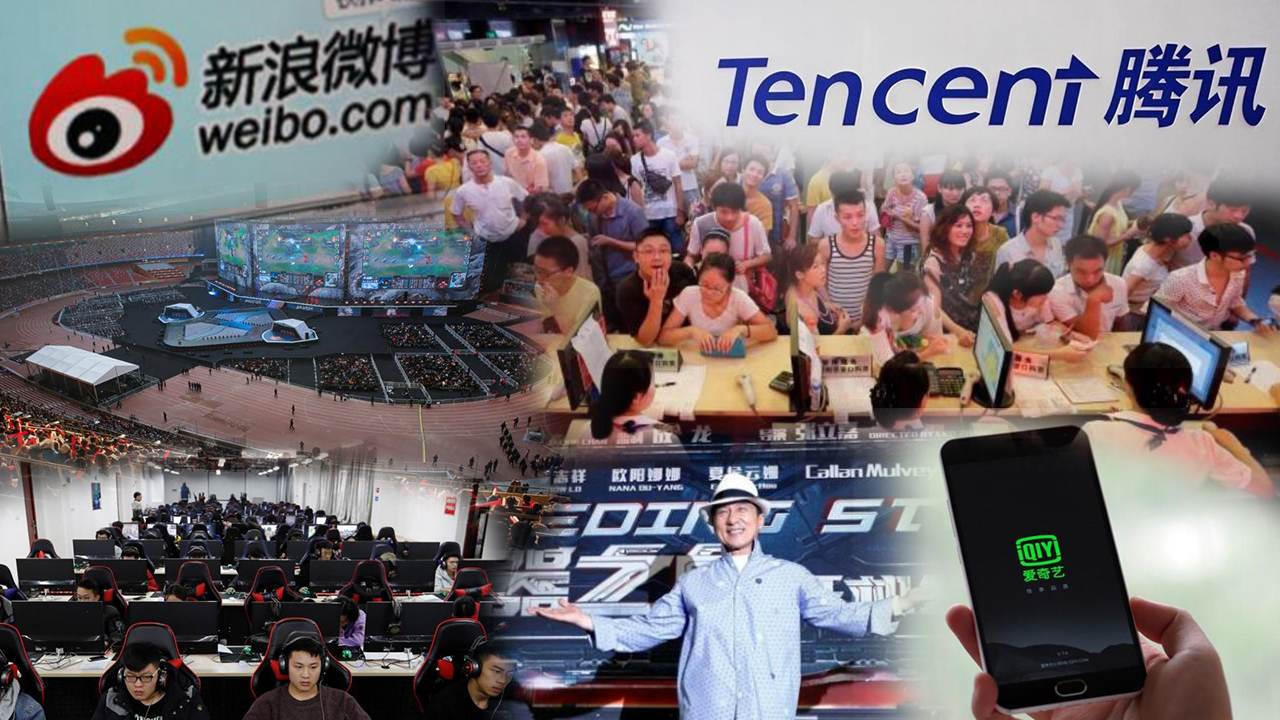 According to a report from global accounting firm PwC, China's entertainment and media (E&M) industries will continue to see robust growth over the next five years.

The report released Wednesday predicts that the combined revenue for E&M will reach 343 billion US dollars by 2022.

CGTN Digital decided to take a look at the five key areas of growth that are expected to lead to China’s "robust growth" in the entertainment and media sectors.

The report predicts that streaming service segments in China will experience significant growth through 2022 spurred by mobile penetration and affordable offerings.

China will experience a shift in viewing habits from free-to-air to premium services, adding 2.7 billion US dollars in revenue through 2022.

“The main players are now focusing on original content to control costs, differentiate from competitors and monetize further by selling adaptation rights or licensing rights,” the report said.

China’s Internet advertising market was the second-largest market globally in 2017, after the US, with total revenue of 46 billion US dollars.

China’s video games and e-Sports industry is projected to grow at 9.7 percent with 32 billion US dollars in profits by 2022.

“For the sub-segment e-Sports, the US is projected to take the lead over the next five years. However, e-Sports growth is projected to remain strongest in China at 23.7 percent,” the report said. “China will overtake South Korea by 2021 and be the second largest.”

The US, China, Japan and South Korea dominate the video games market and will represent 59% of the market share by 2022. E-Sports total global revenues will be 1.6 billion US dollars in 2022. Large markets without a tradition of gaming (China, India, and Russia) will account for 41 percent of social/casual gaming revenue growth.

China has overtaken the US and now has the largest cinema box office market in the world and analysts are predicting continued growth.

Historically, cinema has been considered one of the most affordable forms of mass entertainment, but admission prices are rising every year.

However, ticket prices are still considerably lower in China than in the US. Since 2013 the average cinema ticket price in China has only risen 0.3 percent according to the PwC report.

China’s markets for fee-based music and other content are also on a fast track thanks to the strengthened protection of intellectual property.

Digital recorded music segment sales in the country will spike nearly 19 percent by 2022 with profits hitting 811 million US dollars.