The number of new charging points for electric vehicles (EVs) in China grew at a rapid pace this year to meet the demand of the country's burgeoning EV community, industrial data showed. 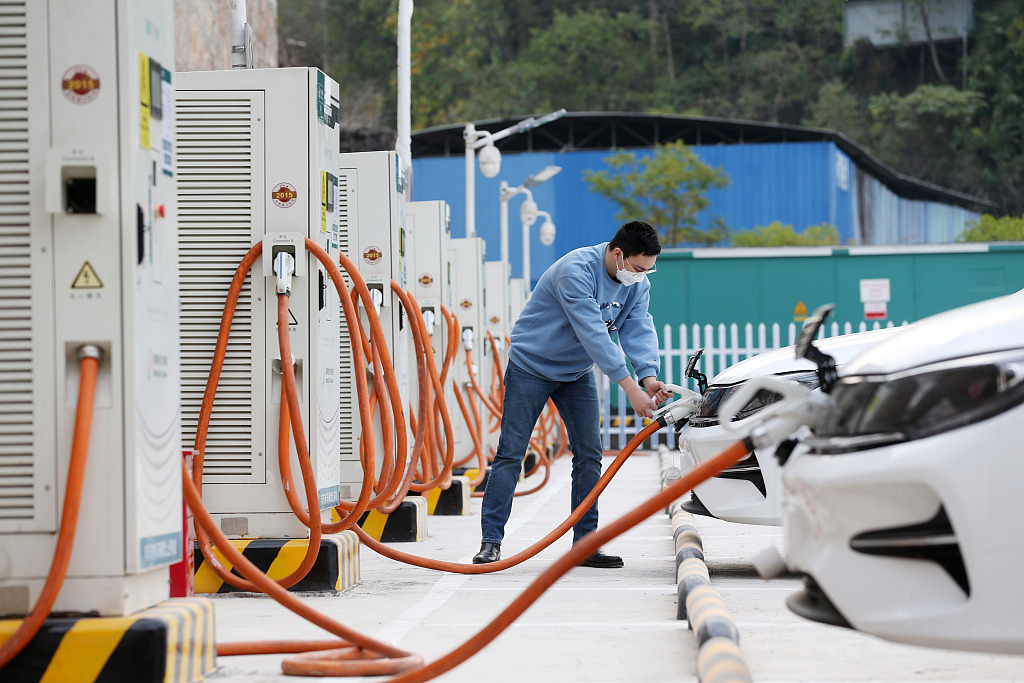 By the end of November, the country had about 4.95 million charging facilities, up 107.5 percent from the same period last year, according to the China Electric Vehicle Charging Infrastructure Promotion Alliance (EVCIPA).

Some 2.33 million charging points were added from January to November this year, the EVCIPA said.

Of the total, the number of new public charging stations doubled from a year ago, while the number of private charging points more than quadrupled during the first 11 months compared to last year.

The rapid growth in charging facilities is generally in line with the country's booming new energy vehicle sector.

From January to November, sales of new energy vehicles came in at 6.07 million units in China, which was 2.6 times the newly added charging points during the period, basically meeting the needs of the rapidly developing industry, the EVCIPA said.