BEIJING, Dec. 13 (Xinhua) -- China's excavator sales, a barometer of the vitality of infrastructure development, posted strong performance in November, as the country's infrastructure investment bounced back from the fallout of the COVID-19 pandemic. 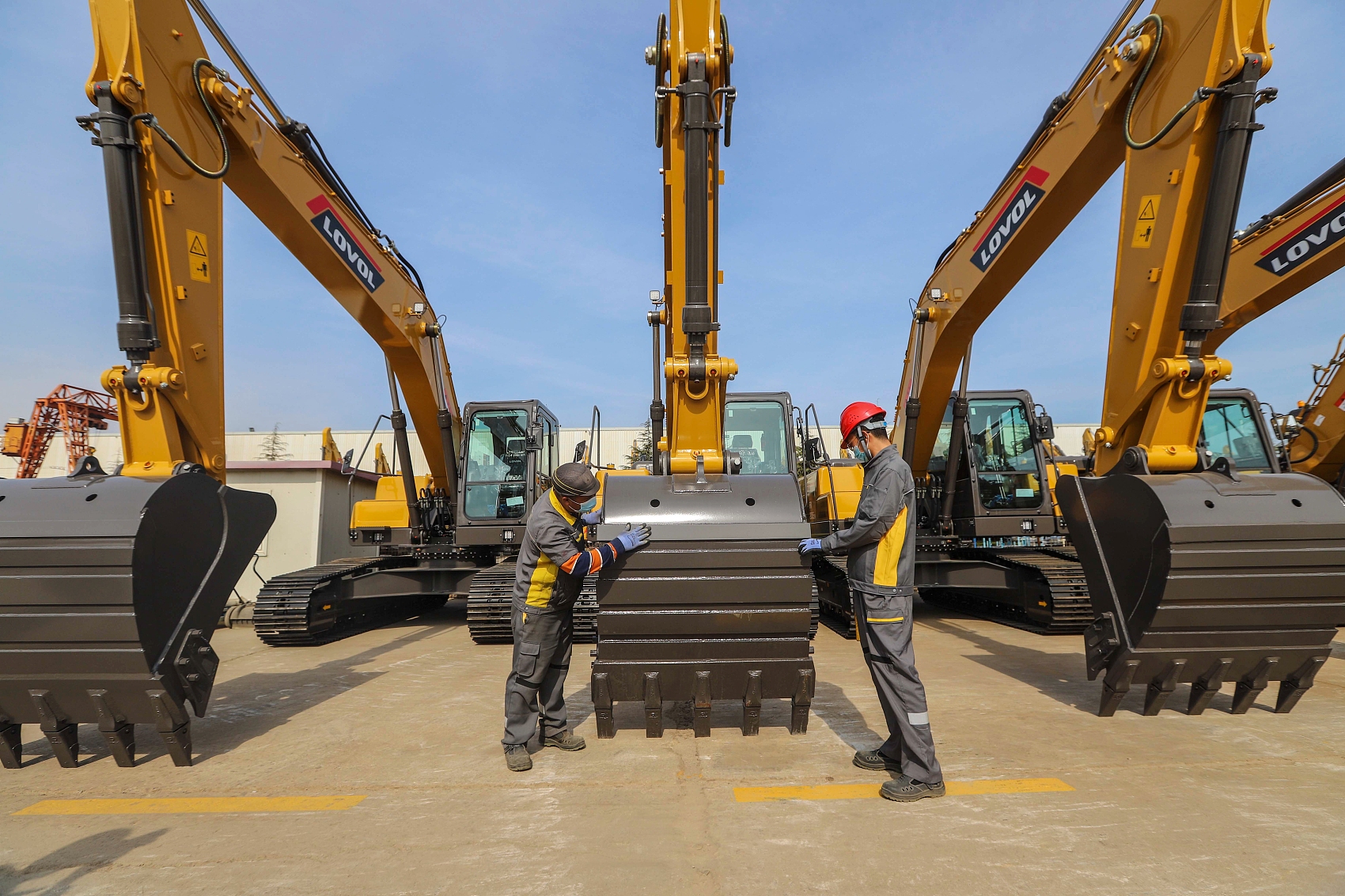 The pace of the expansion accelerated from the 60.5-percent growth registered in October, sustaining the growth momentum in previous months.

Excavator producers saw over 50-percent increases in sales volume in both domestic and overseas markets last month. A total of 28,833 excavators were sold in the domestic market, with an increase of 68 percent, while exports of the equipment surged 57.8 percent year on year to 3,403.

In the first 11 months, China's major excavator makers sold 296,075 excavators, up 37.4 percent year on year, according to the association.

"The surge in excavator sales, an indicator to observe the vitality of economic activities, suggests that demand in the Chinese market is picking up steadily," said Wen Bin, chief analyst with the China Minsheng Bank.

The continuing rapid growth of excavator sales foreshadows the further acceleration in China's infrastructure investment growth, with a variety of infrastructure projects going into operation, according to Zhou Maohua, an analyst with the China Everbright Bank.

In the first three quarters, the country's infrastructure investment edged up 0.2 percent year on year, moving into positive territory for the first time this year, according to the National Bureau of Statistics.

Infrastructure investment grew faster in the first 10 months, up 0.7 percent year on year.