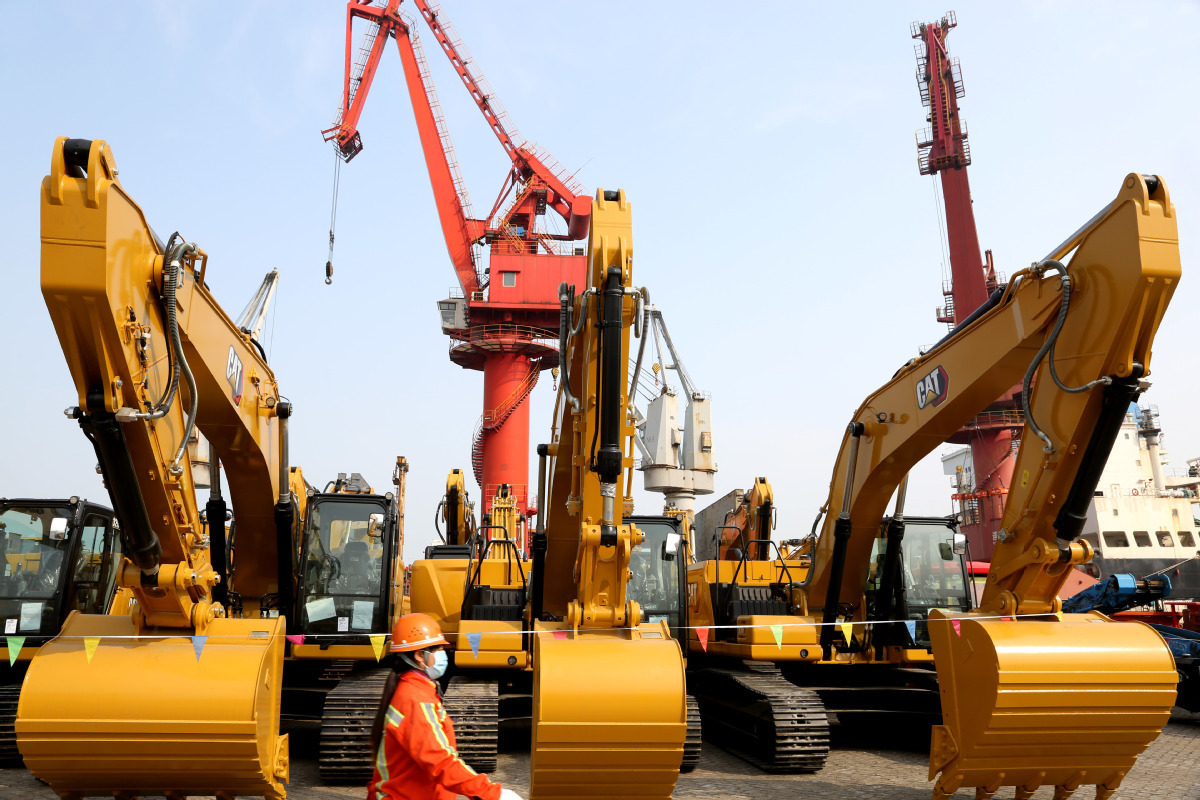 A Xuzhou Construction Machinery Group employee walks past an array of excavators at a harbor in Lianyungang, Jiangsu province. (Photo: Xinhua)

In July alone, excavator sales came in at 17,345 units, down by 9.24 percent from the same period last year.

Bucking the trend, exports of the equipment gained 75.6 percent from a year ago to 5,016 units for the month.

Sales of digging machines are a significant indicator of the vitality of an economy as demand is usually backed by growth in mining and infrastructure development.