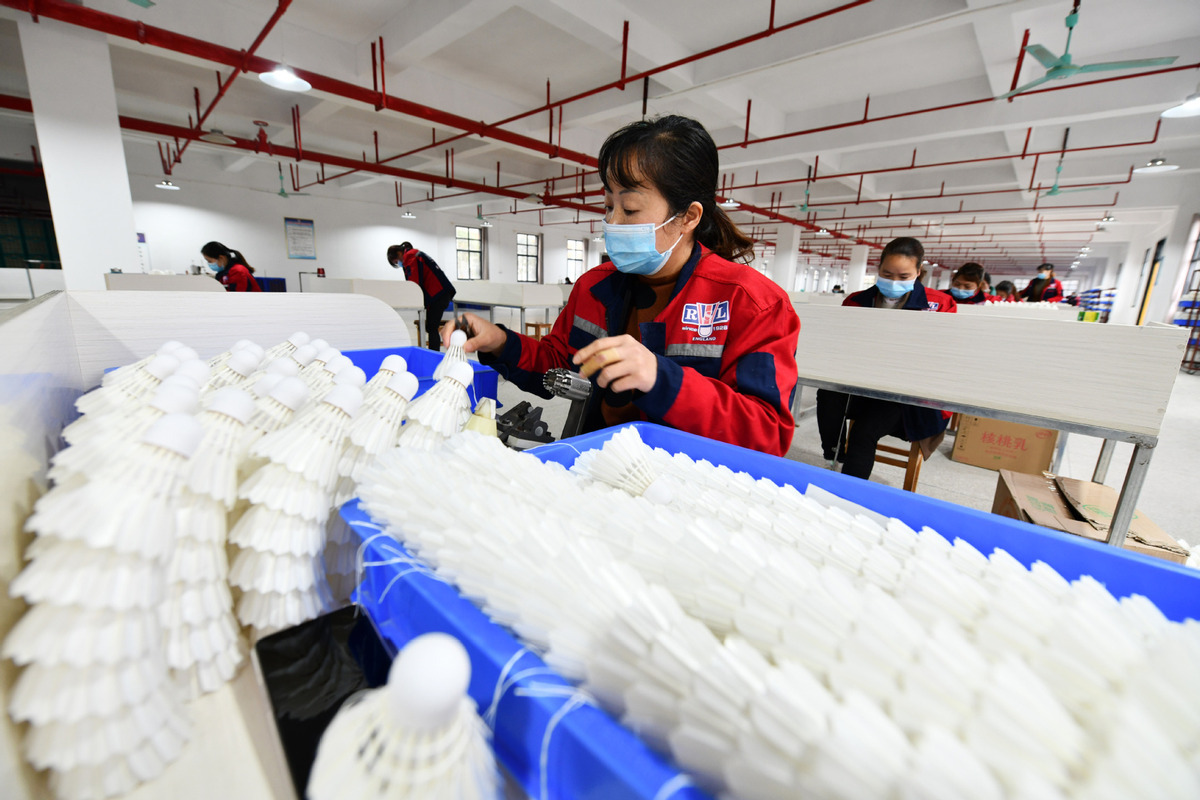 A woman works in a badminton factory in Jinping county, Guizhou province, on March 3, 2020. (Photo: Xinhua)

The country's output of industrial robots, computer equipment, and integrated circuits witnessed a strong recovery, with production for the year to November up 22.2 percent, 10.1 percent and 15.9 percent, respectively.

The remarkable turnaround comes as China has mostly eradicated the virus, contrasting with the sluggish comebacks seen in other major industrialized peers, where factories are still struggling with pandemic disruptions and the hit to demand.

Government data shows that in November there were more people employed in the industrial sector in Jinhua city, which includes the eastern export hub of Yiwu, than there had been at any time since end-2017.

"With orders soaring, we're short of staff and not able to further ramp up production," said Deng Jinling, who owns a thermal flask factory in Yiwu, selling to the Middle East, United States and Europe.

A private index by Renmin University tracking demand for blue-collar labor hit a record in the third quarter. Some factory managers have raised wages by 25 percent to 10,000 yuan ($1,530) per month, according to media.

For China's bicycle industry, 2020 was the best year in a decade, said Liang Xiaoling, general manager at Guangzhou-based Trinx Bikes.

"Our capacity maxed out in September and October, and we hired a lot of temporary workers to catch up with the demand," said Liang, adding that orders are now stretching into 2022.

His factories now employ about 100 extra temporary workers on top of 1,000 or so regular staff members.

Zhang Qinming, who owns a company manufacturing speakers for European and American markets, said demand is 25 percent higher than in previous years.

He's been paying his normal staff overtime to keep up and has also hired temporary workers for about 18-19 yuan an hour, 20 percent more than his full-time workers.