China's expressway mileage ranks first globally, with 161,000 kilometers in operation by the end of 2020, a spokesperson of the Ministry of Transport said Tuesday. 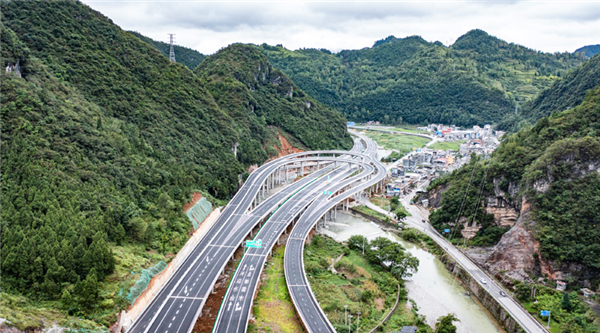 An interchange of the Xiushan-Yinjiang expressway in South China's Guizhou province on Aug 15, 2021. (Photo: Xinhua)

The country's transport service and support capacity has significantly improved, according to the spokesperson. Over 98 percent of Chinese cities with a population of more than 200,000 have been covered by the Chinese expressway system.