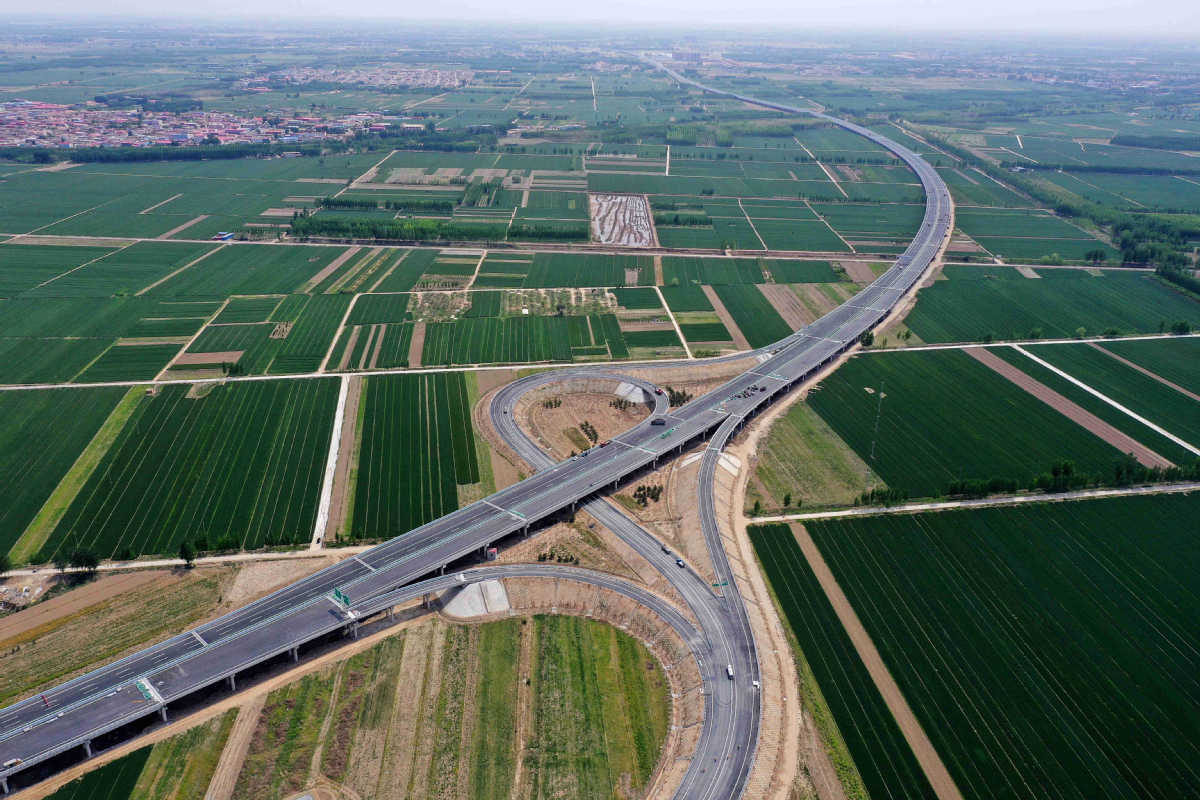 China has made solid progress in building a national road network to improve inter-area transport layout and increase traffic capacity, with its expressways linking about 95 percent of the population, official data showed.

At present, the expressway network covers 98.8 percent of cities each with an urban population of over 200,000 and prefecture-level administrative centers, while linking around 88 percent of county-level regions, Wang Tai, an official with the Ministry of Transport, told a press conference Monday.

National highways also basically cover administrative areas at and above the county level and border ports open all year round, Wang said.

To facilitate the construction of a modern, high-quality national road network, efforts will be made to promote key projects and an integrated road network for city clusters, Wang said.

China will also step up green road construction by enhancing the effective use of resources, protecting ecological environment along the roads and effectively reducing energy consumption and carbon emissions.