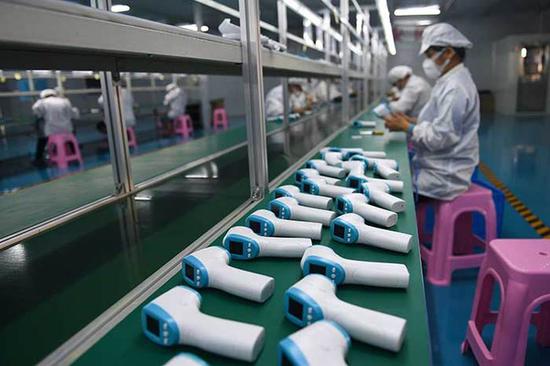 The producer price index (PPI), which measures costs for goods at the factory gate, fell 2.4 percent year on year in July, according to the National Bureau of Statistics (NBS).

The reading narrowed from the 3-percent drop in June and 3.7-percent fall in May.

Due to rebounding global crude oil prices, prices in the sectors of oil and natural gas extraction surged 12 percent last month from June, while those for the processing of oil, coal and other fuel went up 3.4 percent.

During the January-July period, factory-gate prices were down 2 percent on average compared with the same period last year.

The PPI data came along with the release of the consumer price index (CPI), which showed consumer inflation quickening to 2.7 percent in July on higher food prices.