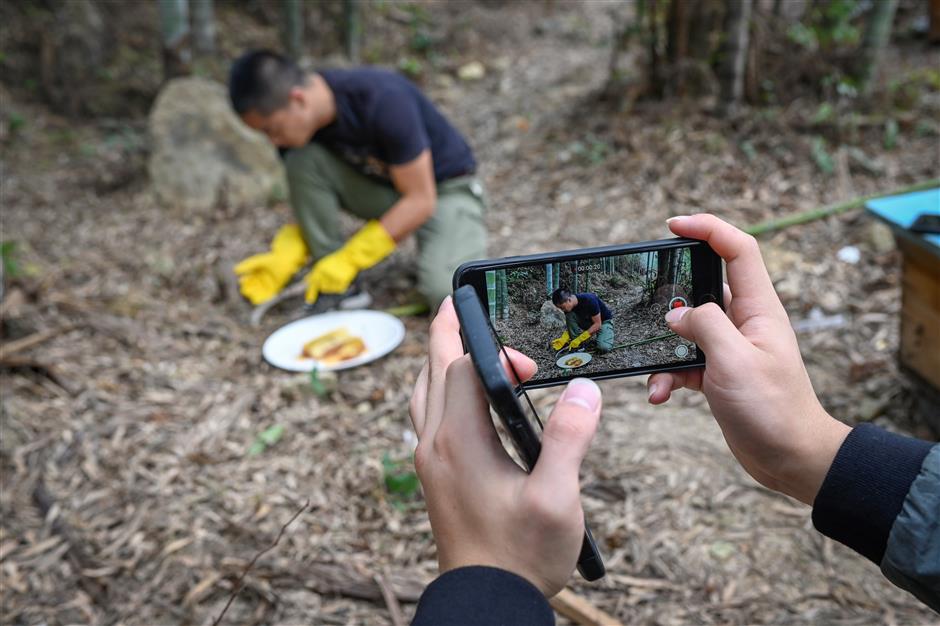 "Do you want a piece?" beekeeper Ma Gongzuo says, looking into the camera of a friend's smartphone before biting into the dripping comb of amber-coloured honey.

The clip goes out to his 737,000 followers on Douyin, the Chinese version of popular video sharing app TikTok that has 400 million users in the country and has turned Ma into something of a celebrity.

Creating videos has become a popular sales tactic for Chinese farmers: the clips show increasingly discerning consumers the origins of the product and provide a window into rural life that captures audience imagination.

"Everyone said I was good for nothing when they saw I'd come back," the 31 year-old says of his return to his village after a failed attempt at running an online clothing business.

"They tell us that we can only get out of poverty if we study and get a job in a city," he adds.

Today, Ma drives an expensive car and has already earned enough to buy property and help his parents and fellow villagers with their homes and businesses. 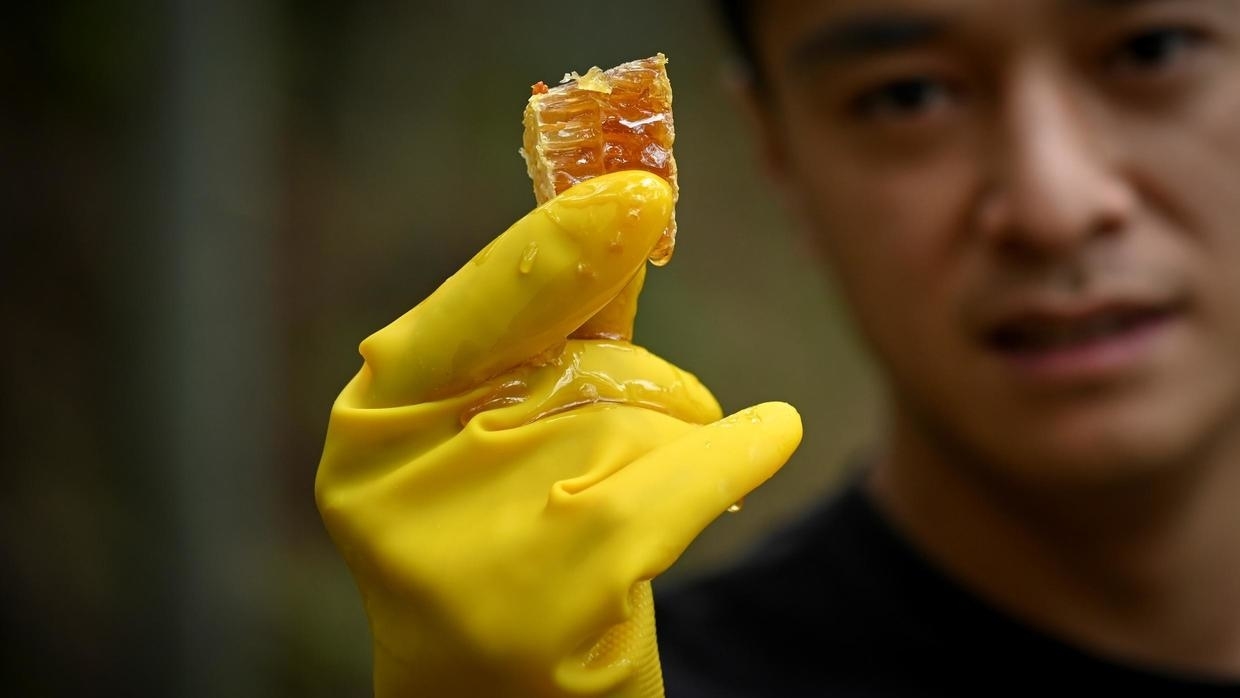 There's gold in those honeycombs, for those who know how to market them online.

In 2015, Ma took on the family honey producing business in the verdant hills of Zhejiang province, and thanks to e-commerce apps, managed to turn a yearly revenue of 1 million yuan ($142,000).

But the sales began to stagnate.

So in November 2018, with help from his friends in the village, he began posting videos about his life on the farm.

They showed him opening up a hive surrounded by a swarm of bees, swimming bare-chested in a river, and chopping wood.

"I never advertise my products. I show my daily life, the landscapes of the countryside. That's what interests people," Ma says.

"Of course people suspect that I'm selling honey. But they decide to get in touch with me to say they want to buy some."

Like most transactions in China, where hard cash is less and less popular, the orders are paid through apps like WeChat or AliPay. 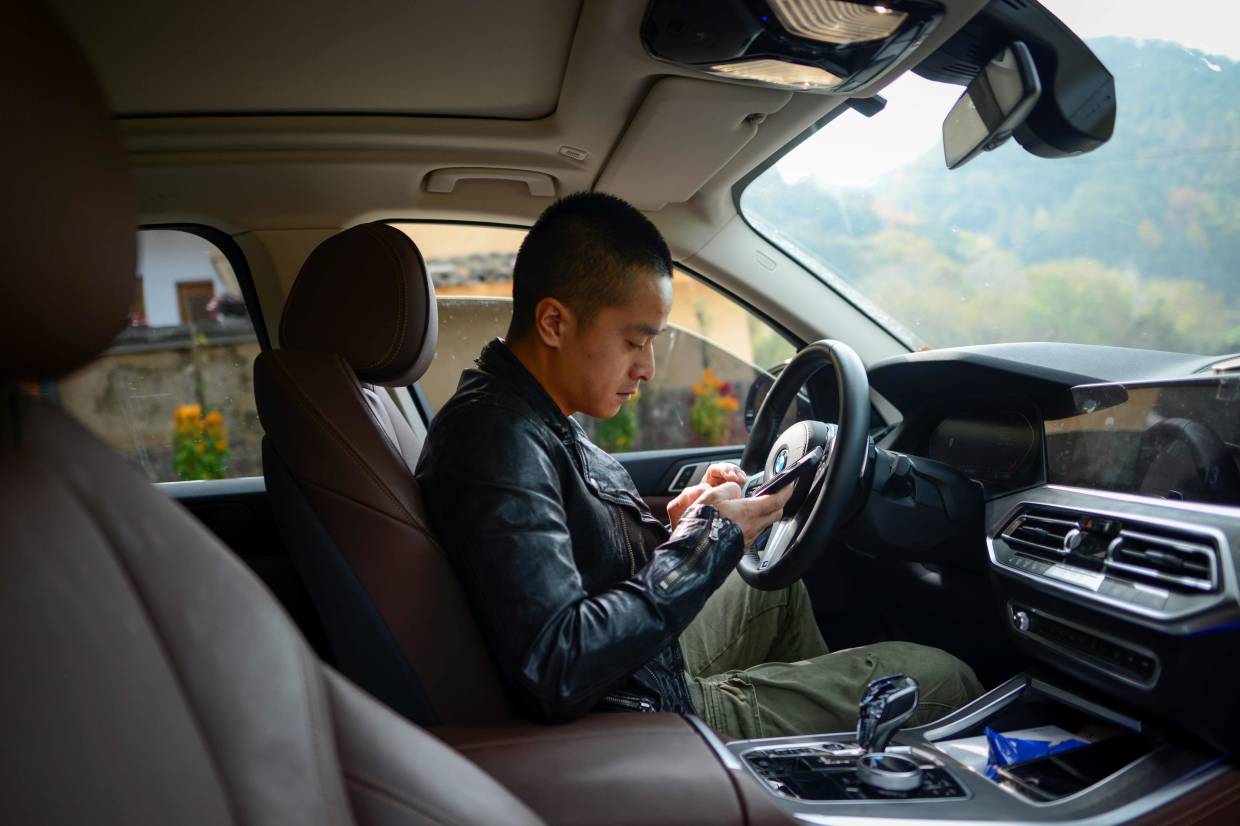 Ma looking at his mobile phone in his car before driving to his apiary in Songyang county.

"When I was young we were poor," he recalls, adding: "At school I used to admire other kids who had pocket money, because I never had any."

"Using Douyin, that was the turning point," he says.

"Today I can buy my family what they need. I help the other villagers to sell their products too. All of the local economy benefits," he explains.

In China, some 847 million access the internet via their smartphone, so online apps have played a vital role in Ma's success.

"It's progress," his father Ma Jianchun says happily. "We old people are overwhelmed. With the money, we've been able to renovate our house."

China is home to the world's largest market for live video broadcasting, according to US audit firm Deloitte.

Getting in on the trend, Douyin's parent company ByteDance says it has organised training for 26,000 farmers on how to master the art of making videos.

There are other similar platforms including Kuaishou and Yizhibo. 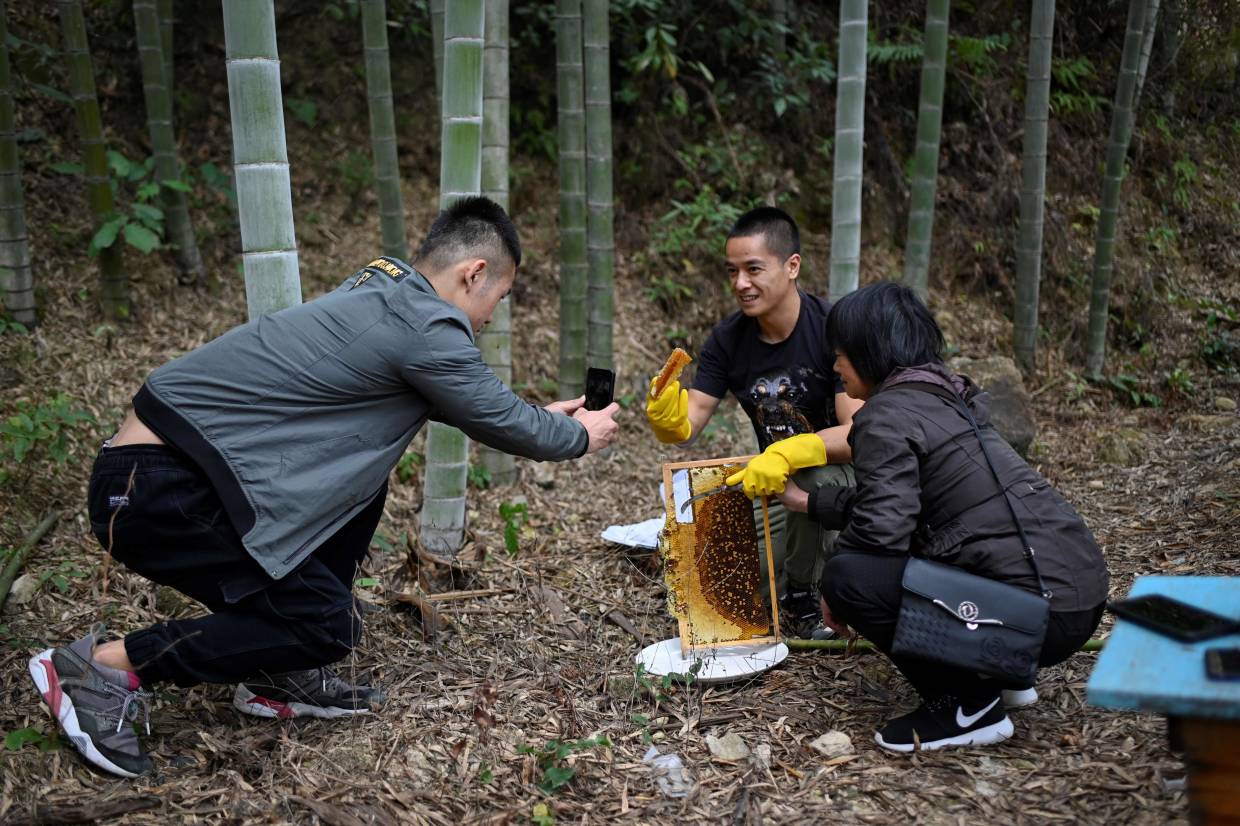 Ma's assistant (left) using a mobile phone to take a video as Ma (centre) and his mother prepare to taste honey at his apiary.

Taobao, the most popular e-commerce app in the country and owned by tech giant Alibaba, launched a project in 2019 showing farmers how to become livestreaming hosts in a bid to help them earn more.

The number of people living under the poverty line in rural China has reduced dramatically -- from 700 million in 1978 to 16.6 million in 2018, according to government figures.

But the depopulation of the countryside continues, as many Chinese head to cities in search of better-paid jobs.

"We want to be an example, to show young people that it is entirely possible to set up a business and earn money in rural areas," explains university-educated Ma Gongzuo."We hope that more will return, so that life and the economy can resume in the villages."

With his newfound fame, Ma says he has already received many proposals. And not just from those interested in his honey.