China's FDI up 8 pct in Sept 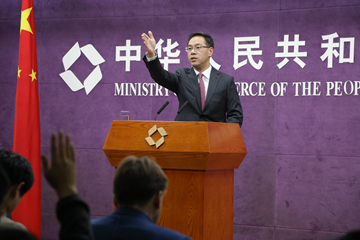 The growth was faster than the 1.9-percent FDI increase in August, according to the Ministry of Commerce.  The number of new overseas-funded companies set up last month rose 45.7 percent year on year to 4,591.   In the first nine months, total FDI inflow edged up 2.9 percent to 636.7 billion yuan. New overseas companies set up in the period surged 95.1 percent to 45,922, the ministry said.   FDI into high-tech sectors, which accounted for 22.5 percent of the total, climbed 6.8 percent in the first three quarters, ministry spokesperson Gao Feng said at a news conference.   Investment into the high-tech manufacturing industry rose 22.5 percent in the same period.

Investment from countries along the Belt and Road routes increased 14.9 percent from a year earlier.

The country's 11 pilot free trade zones saw FDI inflow up 14.7 percent and account for 12.5 percent of the total FDI.