China's first aircraft with a homegrown high-speed satellite internet system successfully completed its maiden flight on Tuesday, according to media reports. Passengers onboard could access internet services at speeds higher than 100 megabytes at a height over 10,000 meters. 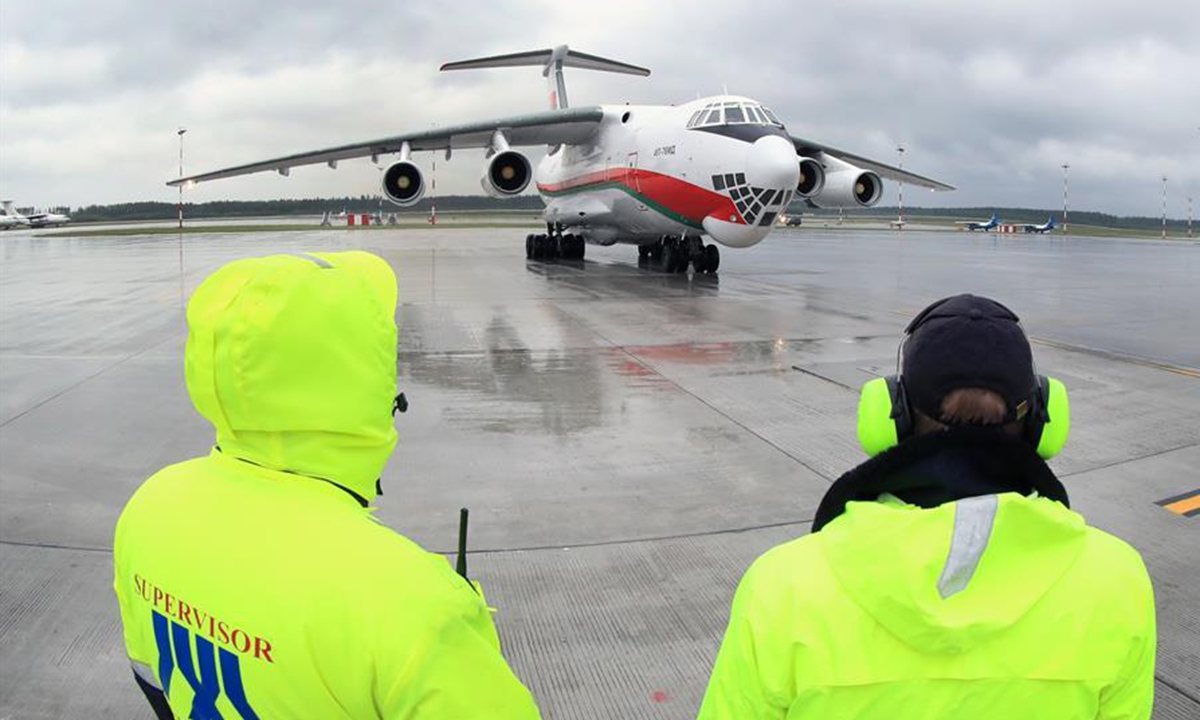 A military airplane carrying medical supplies from China arrives at an airport in Minsk, Belarus, June 2, 2020. A fourth batch of Chinese humanitarian medical aid sent to Belarus arrived Tuesday, on board a military aircraft belonging to the Belarusian Defense Ministry. The 22 tons of cargo included non-contact thermometers, protective equipment, oxygen concentrators, test systems, and other medical products. More than 100 tons of humanitarian aid from China have now been delivered to Belarus on four flights. (Photo: Xinhua)

The satellite system is based on XstreamSAT, which was built using China's first and only high throughput satellite (HTS) in Ka band frequency, Zhongxing 16. Aircraft internet is traditionally powered by Ku band satellites, which mean much slower connection speeds.

A live broadcast was also held during the flight, marking the first live in-flight broadcast in China's civil aviation history. Industry analysts said an ecosystem could be developed based on high-speed in-flight internet, and could include e-commerce, new retail and entertainment services. That could help reshape China's civil aviation industry in the post-virus period.

The HTS resources are provided by the China Satellite Communication Co. In addition to the aviation sector, the firm is also able to provide satellite-based internet services in other areas such as energy, navigation and emergency response.