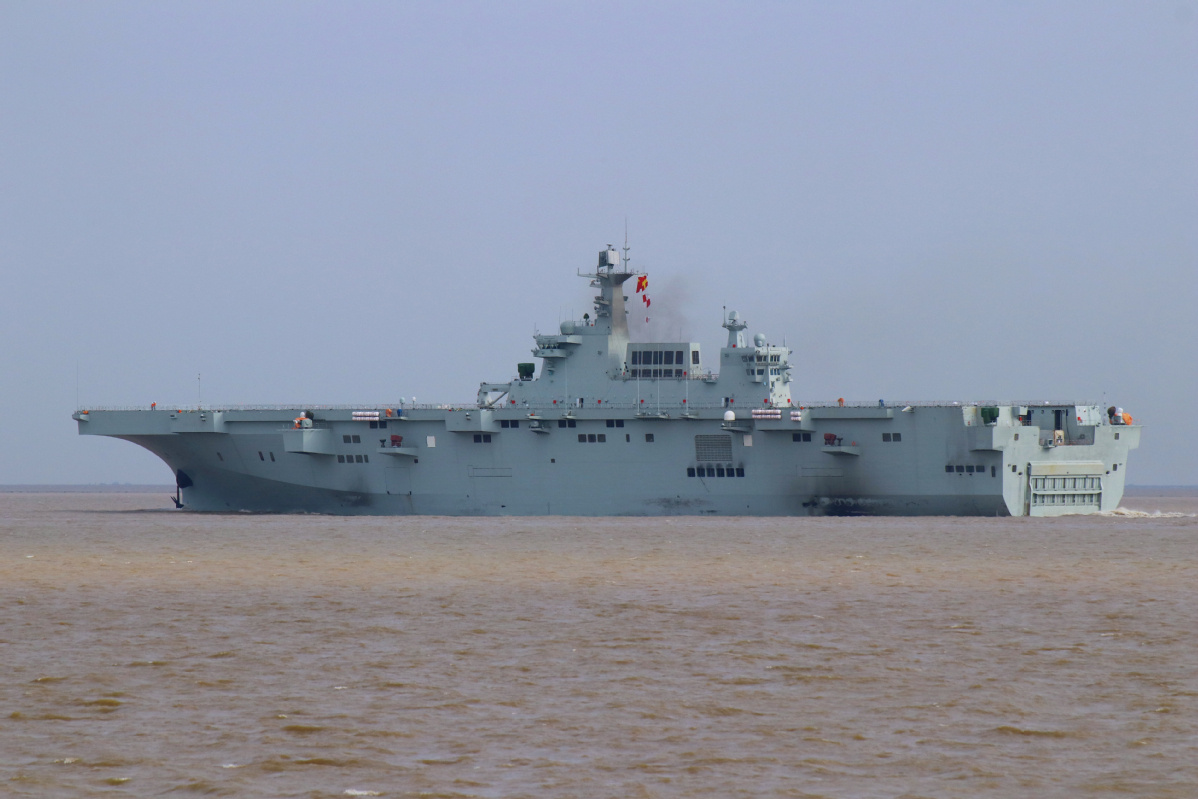 The first Type 075 amphibious assault ship started its maiden sea trial from a shipyard in Shanghai on Aug 5. It finished its 18-day trial and returned to Shanghai on Sunday. (Photo: China Daily)

Wu told a news conference in Beijing that the Type 075 is the PLA's first class of amphibious assault ship. It has a strong combat capability and is capable of conducting multiple kinds of tasks, he said.

The first Type 075 ship finished an 18-day maiden sea trial and returned to its shipyard in Shanghai on Sunday, according to footage and photos published on Chinese websites.

The ship started its first sea trial from the shipyard on Aug 5.

The completion of the sea trial means construction of the amphibious vessel has basically been completed. Engineers will now fix problems exposed during the trial and prepare for further trials.

The first Type 075 vessel was unveiled in September at Hudong-Zhonghua Shipbuilding, a major shipbuilder that is part of State-owned defense conglomerate China State Shipbuilding Corp, followed by the second such ship in April.