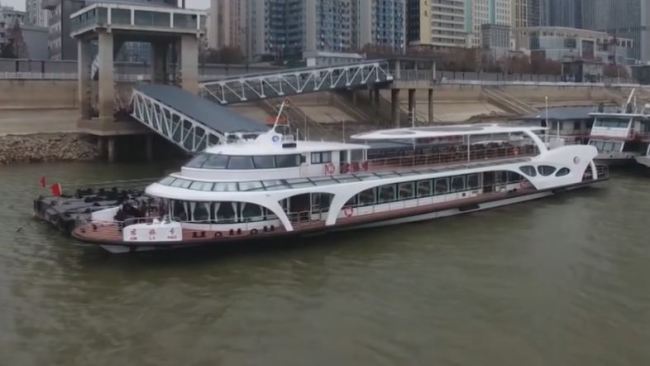 A video by Xinhua News Agency shows the vessel, named "Junlv," is 53.2 meters in length and completely powered by lithium batteries. It will start providing sightseeing tours in Wuhan in early 2020.

The video also states that electric ferries will gradually replace those that run on fossil fuel on the Yangtze River, Han River and along their banks.

Six new docks will be fitted with chargers for the electric boats, according to the Xinua video.