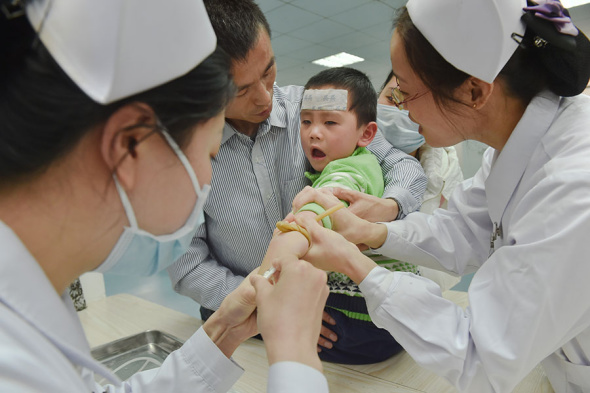 The four-strain vaccine adds protection against the Yamagata lineage of Influenza B, which was the main virus strain during the last flu season, according to the National Drug Administration of China.

Two domestic companies -- Hualan and Changsheng -- are the approved vaccine producers. The vaccine may be used on adults and children aged three years and above.

H1N1 and H3N2 of Influenza A, and Victoria and Yamagata lineages of Influenza B are the common strains of human flu viruses. Until now, China had only three-strain vaccines on the market.

The seasonal flu is an acute respiratory infection caused by influenza viruses, affecting seniors, infants, and people with cardiopulmonary diseases in particular. Vaccination is considered the most effective way to prevent infection and guard against an epidemic.