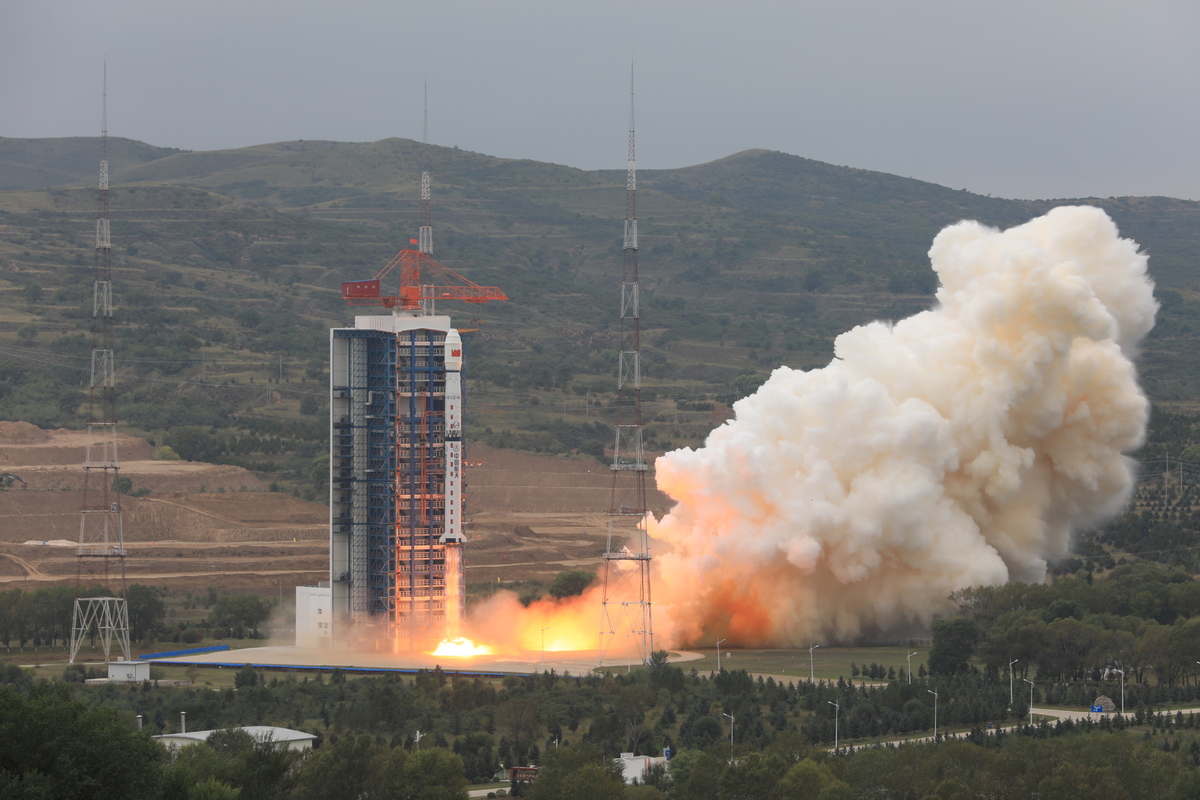 China launches its first polar observation satellite, the BNU-1, atop a Long March 4B carrier rocket at the Taiyuan Satellite Launch Center in Shanxi province at 11:26 am on Thursday. (Xinhua/Zheng Tao)

The BNU-1, also known as Ice Pathfinder, was launched atop a Long March 4B carrier rocket at the Taiyuan Satellite Launch Center in North China's Shanxi province at 11:26 am with an optical remote-sensing satellite and a micro experimental satellite, according to China Great Wall Industry Corp, the satellites' launch service contractor.

The satellite is tasked with observing and monitoring the climate and environment in the Antarctic and Arctic. It is expected to work in a sun-synchronous orbit more than 730 km above Earth for up to two years, China Academy of Space Technology, parent of Aerospace Dongfanghong Development, said in a statement.

After a period of in-orbit tests, it will be handed over to the Joint Center for Polar Research of Chinese Universities to begin its service.

That service will enable China to put an end to its heavy reliance on Western companies' satellites for images and data of polar regions, extensively bolstering the nation's polar and global environmental research, the academy said.

It noted that the satellite can track the ice movement along shipping routes and combine that data with passing ships' information, received via the mounted automatic identification system receiver, to analyze collision hazards and then autonomously prepare navigation routes.

BNU-1 is equipped with a de-orbiting panel that will unfold when the satellite runs out of power to enable the spacecraft to leave the orbit, and thus avoid becoming space debris, according to the academy.

Research and development of BNU-1 was begun in February 2018 by researchers at Beijing Normal University's College of Global Change and Earth System Science who called for space-based assets for their work.

In the past, polar regions' data available to Chinese scientists was mainly acquired by Chinese ships and polar stations, but information from those sources has long been limited by tough natural conditions and the inaccessibility of many areas, experts said.