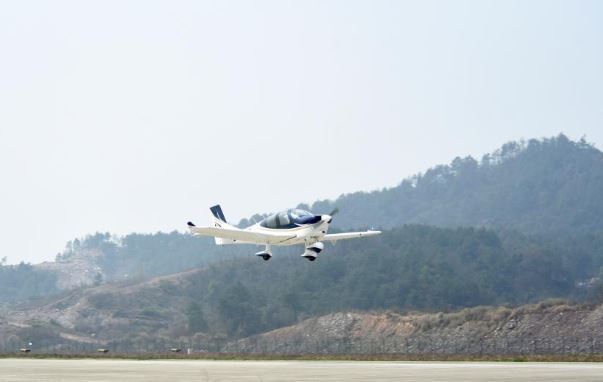 The four-seater, single-propeller aircraft was developed by Shanghai-based Guanyi General Aviation, and can be used in aviation training, private aviation as well as tourism.

The plane Monday passed a series of tests, including stalling, stability and maneuvering tests, and following a half-hour test flight landed safely.

Guanyi will now complete 200-300 test flights in accordance with Civil Aviation Administration of China requirements, and plans to start the plane's industrialization process, after obtaining certification, around 2020.