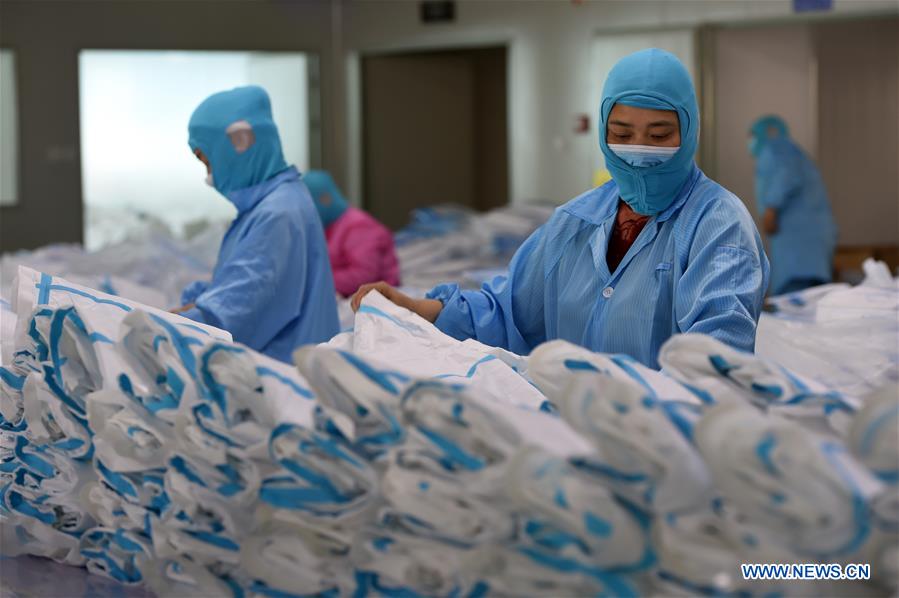 The suit has passed the clinical trials and can be reused 10 times, said an executive of Beijing-based BW Techtextile, the developer of the suit.

The suit can help alleviate the shortage of disposable medical protective suits, which was caused by large consumption and a long production cycle, according to the executive.

Tests showed that the new suit has surpassed the national standards for disposable medical protective suits in terms of key properties such as strength, filtration efficiency, and resistance to synthetic blood and water.

BW Techtextile said the suit is made of a three-layered composite material developed by the company.