The Quanzhou Bay cross-sea bridge, a main bridge on a sea-crossing high-speed railway connecting the cities of Fuzhou and Xiamen in East China's Fujian Province were joined together on Friday, a major step toward the full completion of the construction and operation of a new rail artery. 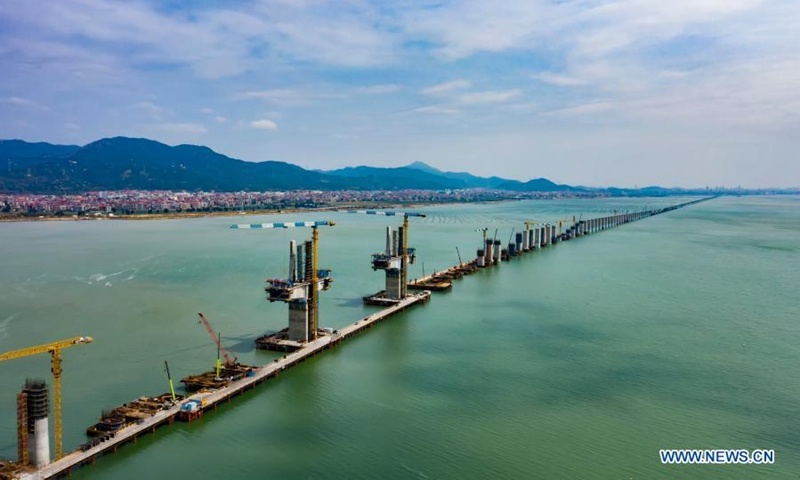 The 20.29 km-long bridge, with its sea bridge measuring 8.96 km in length, is part of the 277-km Fuzhou-Xiamen high-speed railway, which connecting the provincial capital Fuzhou and the popular tourist city of Xiamen.

The main joist of Quanzhou Bay cross-sea Bridge uses a steel box girder form, which is divided into 13 types and 77 sections, of which the heaviest girder section weighs 365.18 tons.

The railway is scheduled to begin operations in 2022, according to a report from the Xinhua News Agency.

The railway, China's first cross-sea high-speed railway with a designed speed of 350 kilometers per hour, is expected to slash the travel time between the two cities from two hours to one hour.

The Fuzhou-Xiamen high-speed railway will also boost the development of the city clusters in Fujian through faster commuting. It is also an important part of China's eight vertical and eight horizontal high-speed railway network, a national medium and long-term rail blueprint.