Dubbed as China's super microscope, China's first spallation neutron source has begun its operating after passing the acceptance test, making the country the fourth in the world to possess such a facility after the UK, US and Japan. 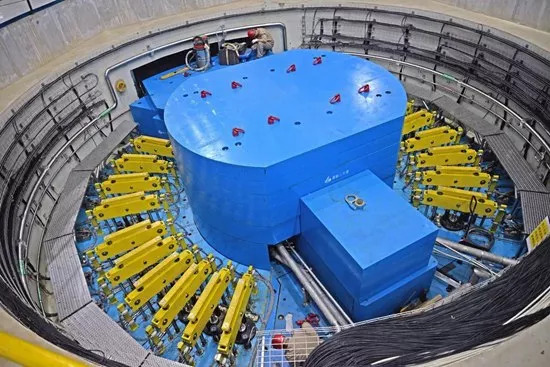 The spallation neutron source is a tool to analyze the micro world using a "neutron". The neutron, which has no charge, and is extremely sensitive to certain nucleus, can be used to detect the micro structure and the internal movements of the system. Thus make it a great tool probing the micro world, hence the name super microscope.

Chen Hesheng is a member of the Chinese Academy of Sciences and the chief director of this project. He explains that the "super microscope" can be used for researching residual stress of large metal parts, which is vital for improving the performances of key parts of high-speed trains, aircraft engines, and nuclear power plants. Besides that, spallation neutron source could be widely used in the study of combustible ice, and magnetic materials.

Currently, there are four spallation neutron source devices set up in the world. There are the U.K.'S ISIS, the U.S.' SNS and Japan's J-PARC. As one of the largest science and technology infrastructure projects in China, the equipment is expected to have positive effects in promoting the sciences, high-tech development, and national security.