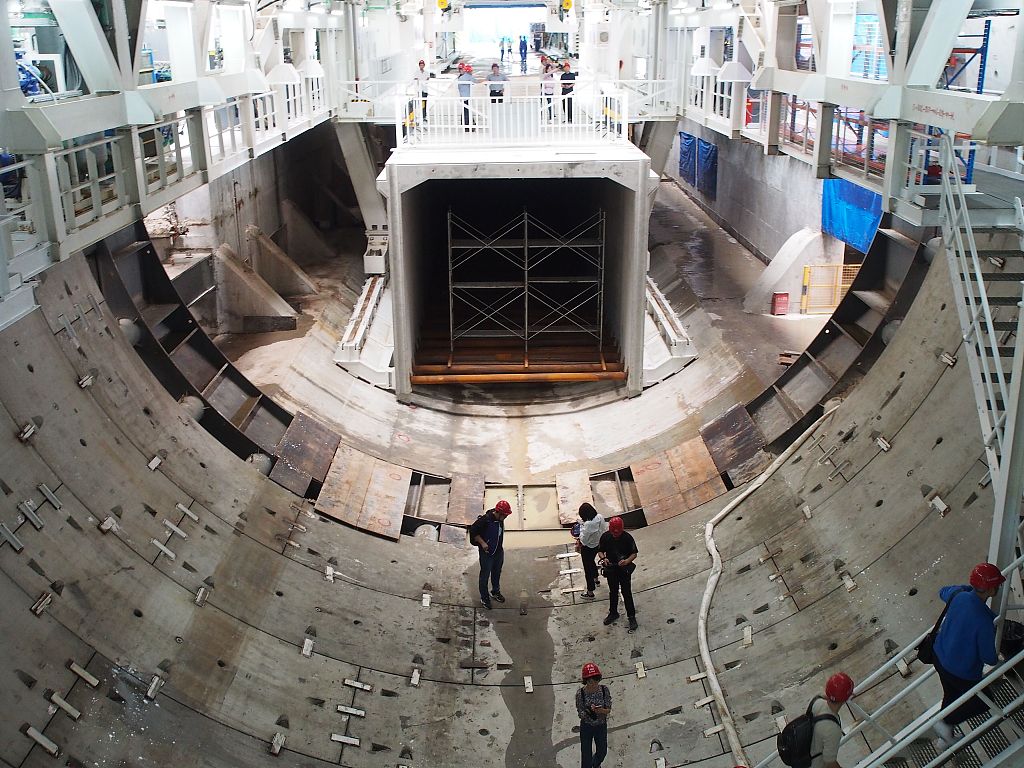 The 15.76-meter-diameter tunnel is the widest shield tunnel for both rail and road transport in China. (Photo: VCG)

JINAN, Sept. 20 (Xinhua) -- China on Friday started the shield excavation of its first tunnel across the Yellow River, according to the China Railway Construction Corporation Limited (CRCC).

Located in Jinan, capital of east China's Shandong Province, the 15.76-meter-diameter tunnel is the country's widest shield tunnel for both rail and road transport, said Li Penglin, a project leader from the CRCC, the main operator of the tunnel.

With a total length of 4.76 km, the tunnel contains two levels. A two-way six-lane highway is on the upper level and the lower level is reserved for rail transit, flues and escape channels, according to Li.

Li said the tunnel is a shield tunnel beneath a "hanging river," as the riverbed of this section of the Yellow River sits five meters above downtown Jinan.

The tunnel is expected to finish construction and open to traffic in 2021, which will strengthen the connection between Jinan's new district and its main urban zone.