China's first zero-carbon scientific and technological village put into use 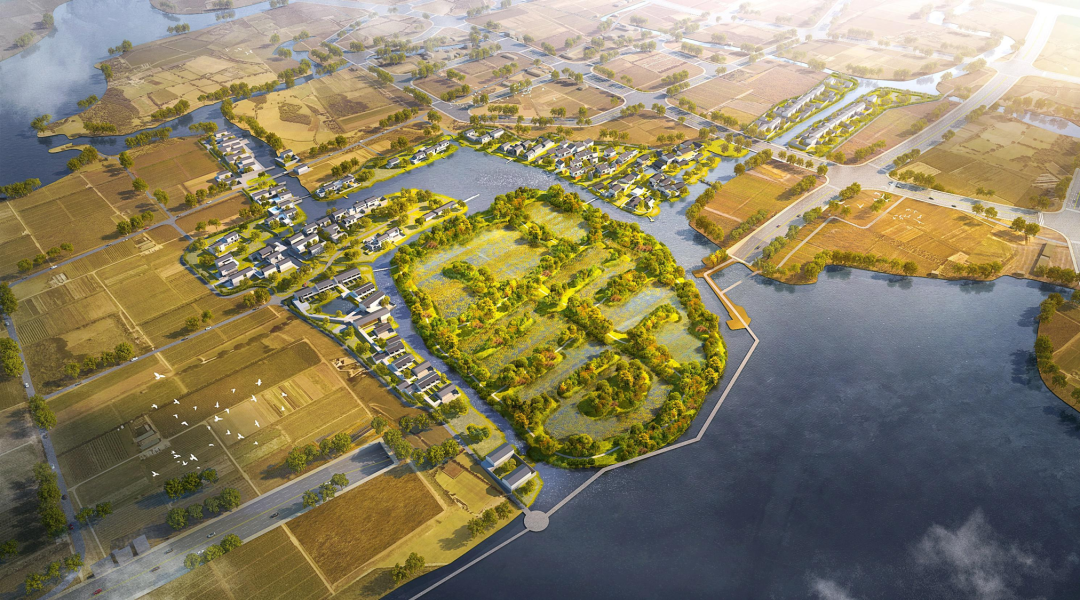 A rendering of the zero-carbon scientific and technological village in Zhuxiaohui Village, Jiashan County, Jiaxing City, Zhejiang Province, after its completion. (Photo: CGTN/CCSTG)

By adding insulation layers to the exterior walls of buildings, using ground source heat pump and heat recovery from exhaust air, it helps save over 60 percent of energy to the buildings, Tian Huifeng, technical director of the institute for developing carbon peak and neutrality under China Construction Science and Technology Group Co., Ltd. (CCSTG), its developer, told CMG.

The zero-carbon operation of the village is finally achieved with the help of photovoltaic and wind power generation technologies, Tian added.

The first phase of the project includes 10 buildings, two of which are zero-carbon buildings and eight are ultra-low-energy-consumption buildings. The place where the zero-carbon village is located was abandoned at first, said CMG.

Specific technologies in achieving low carbon in the village

The village used the "ground source heat pump," a central heating and cooling system, to transfer heat to rooms for indoor heating from 100 meters underground in winter, and to transfer the heat from indoor rooms to the ground to cool the house in summer, according to Tian.

Tian said the roofs of buildings in the village are covered with photovoltaic tiles to realize solar power generation and the photovoltaic energy storage charging piles, with each capable of storing up to 30 kilowatt-hours of electricity, can help lower carbon emission.

Other facilities, like the solar-powered seats, can help charge electronic products outdoor.

The total electricity consumption of these buildings and outdoor facilities is about 71,000 kilowatt-hours a year, while around 80,000 kWh of electricity that can be generated through photovoltaic power facilities in the village. This way, there will be a surplus in power generation, added Tian.

It urges rural areas to promote the construction of low-carbon cities, resilient cities, sponge cities and "waste-free cities" and upgrade buildings to conserve energy and integrate photovoltaic energy into buildings.

For agriculture and rural areas, the country made it clear it wants to accelerate the application of wind, solar, biomass and other renewable energy sources in agricultural production and rural life, and promote clean rural heating in an orderly manner.

China has announced its aim to peak carbon dioxide emissions before 2030 and achieve carbon neutrality before 2060.