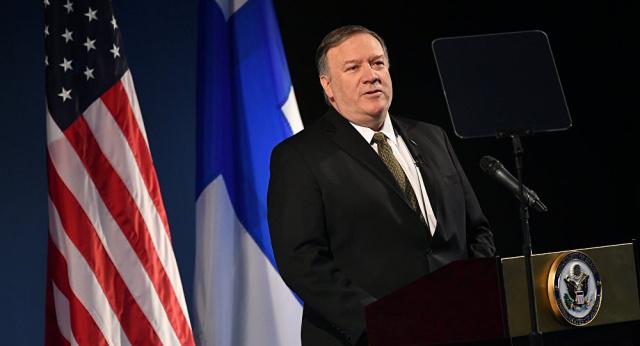 Firstly, he is ignorant of the law on safeguarding national security in the Hong Kong Special Administrative Region, Zhao said, adding that pulling human rights into this is just fact-distorting.

The law protects the overwhelming majority of people while punishing only a very small number of perpetrators. After it is enacted, Hong Kong will enjoy more stable social order and better business environment, where Hong Kong residents and foreign investors can all benefit, Zhao said.

The U.S. secretary of state is also ignorant of the Sino-British Joint Declaration, Zhao said, noting that all the provisions concerning the British side in the Joint Declaration were fulfilled after Hong Kong's return to the motherland.

"The basic policies regarding Hong Kong declared by China in the Joint Declaration are China's statement of policies, not commitment to Britain, and they certainly have nothing to do with the United States.

Furthermore, Pompeo is ignorant of international law and basic norms governing international relations. It's completely China's internal affair to formulate a law on safeguarding national security in a subnational administrative region, he said.

"We have every confidence that it will get Hong Kong back onto the right path of development and help it regain its repute as the 'Pearl of the Orient,'" Zhao added.