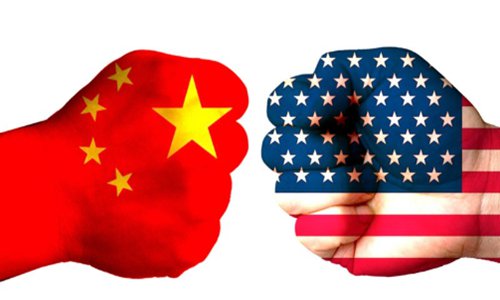 China firmly opposes US new tariffs and has to make the necessary counterattacks, Ministry of Commercesaid on August 23 after US tariffs on $16 billion of Chinese goods went into effect. (Photo: Global Times)

Trade figures in the first eight months show marked increases in both exports and imports, leaving analysts divided on the potential impact of US tariffs on China's economy, with some saying trade is virtually unstoppable while others suggesting the impact of the trade war has yet to be felt. According to a statement released by the General Administration of Customs on Saturday, China's exports in the first eight months of this year expanded 5.4 percent year-on-year to 10.34 trillion yuan ($1.5 trillion), while imports rose 13.7 percent to 9.09 trillion yuan. The country's trade surplus declined 31.3 percent to 1.25 trillion yuan during the period.China's total foreign trade volume in the first eight months of 2018 reached 19.43 trillion yuan, up by 9.1 percent compared to the same period last year."The impact of US tariffs might have been overblown," said Sang Baichuan, director of the Institute of International Business at the University of International Business and Economics. "The impact of the trade war on Chinese exports might not be as big as some have suggested," Sang told the Global Times on Sunday, noting that many Chinese exports enjoy an "irreplaceable" status in global trade and the tariffs have done nothing "but increased costs to US consumers and companies." Chen Fengying, a research fellow at the China Institute of Contemporary International Relations in Beijing, holds a different view. She said the trade numbers in the first eight months don't fully reflect the impact the tariffs will have on Chinese exports."Usually orders are placed well in advance. Export orders for August could have been made in March and April, but the tariffs only went into force in July," Chen told the Global Times on Sunday. "So this is not a time for celebration. Our export would face more challenges in the months ahead."US President Donald Trump said on Friday that he is ready to impose yet more tariffs on $267 billion worth of Chinese goods, the Washington Post reported on Friday.Weapons in the trade warOn the whole, Chinese analysts say, the trade data shows a positive way forward for China, as the country actively adjusts its export structure to maintain sustainable growth.While exports overall rose significantly, with the export of machines and electronic products leading, traditional labor-intensive products suffering a decline, the statement from the customs administration read.Private enterprises are also playing bigger roles in foreign trade, the statement said."We can see that export structure has been optimized and is more diversified," Chen said.Sang said that China has long been trying to adjust its export structure to maintain sustainable growth by focusing on more high-tech, innovation-driven exports rather than processed goods. "This is more important under the current context because only when we continue to improve our products through innovation can we maintain the irreplaceable status for our products," Sang noted.Export and import to major markets including the European Union, the US, Japan and ASEAN members all saw increases from January to August. Countries along the Belt and Road routes saw a faster-than-average growth rate and accounted for 27.3 percent in total foreign trade volume, customs data shows.