CHINA China's foreign trade up 7.9 pct in H1, surplus down

China's foreign trade up 7.9 pct in H1, surplus down

China's goods trade went up 7.9 percent year on year to 14.12 trillion yuan (about 2.12 trillion U.S. dollars) in the first half of this year, customs data showed Friday. 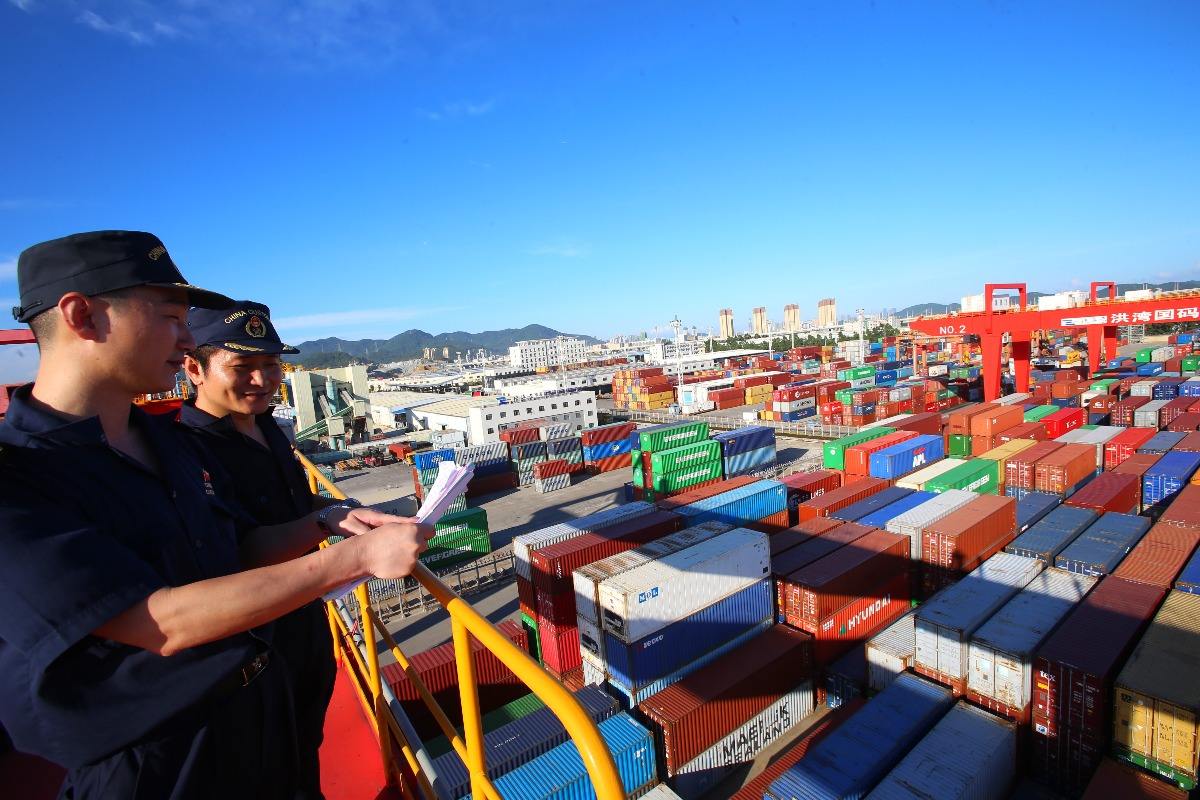 Exports rose 4.9 percent year on year in the January-June period while imports grew 11.5 percent, resulting in a trade surplus of 901.32 billion yuan, which narrowed by 26.7 percent, according to the General Administration of Customs (GAC).

GAC spokesperson Huang Songping said  at a press conference that foreign trade has largely maintained rapid growth year to date thanks to a continued global economic recovery and a stable domestic economy.

Exports and imports of products under the general trade category, which are differentiated with processing trade, gained 12.2 percent from a year ago to 8.33 trillion yuan, accounting for 59 percent of the total foreign trade, 2.3 percentage points higher than the same period in 2017.

China's trade with the European Union, its largest trading partner, climbed 5.3 percent, and trade volume with the United States and the ASEAN countries came in at 5.2 percent and 11 percent, respectively. The three contributed 41 percent of China's total foreign trade.

Trade with the Central and Eastern European countries was especially robust, up 14.7 percent year on year. Trade with countries along the Belt and Road also registered faster-than-average growth.

Huang noted China has made headway in pushing for more balanced trade, citing surplus having shrunk for eight quarters in a row and a much faster growth pace in imports.

"China's surplus in goods trade was determined by its economic structure and the international division of labor, which should be treated objectively and rationally," Huang said, noting along with further opening up, China's foreign trade will see more balanced development."