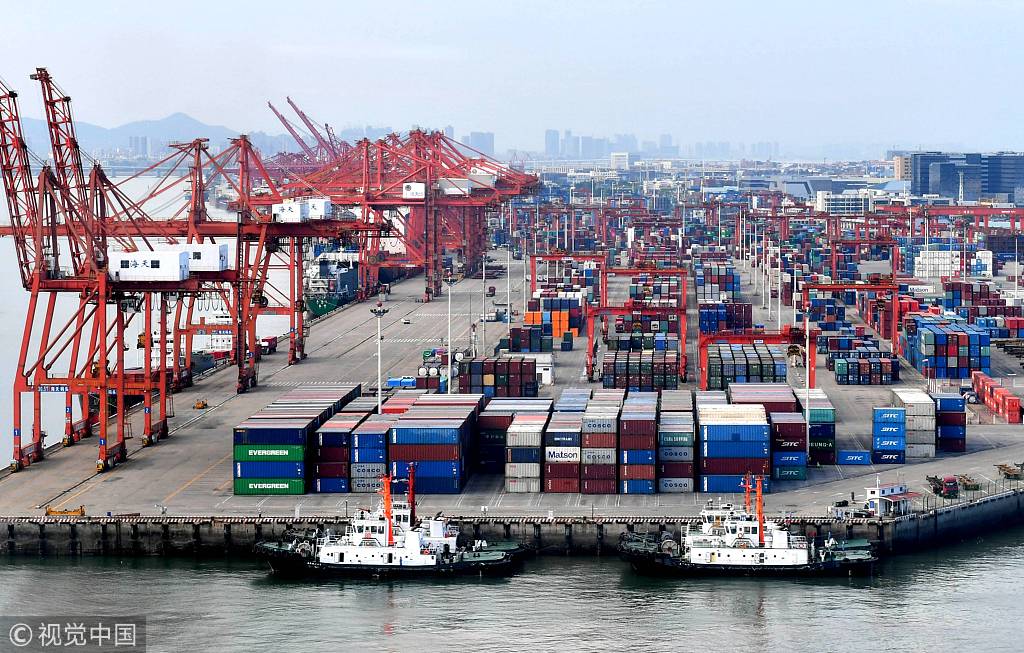 Exports rose 5.5 percent year on year to 6.14 trillion yuan in the January-May period while imports grew 12.6 percent to 5.49 trillion yuan, resulting in a trade surplus of 649.8 billion yuan, which narrowed by 31 percent, according to the General Administration of Customs (GAC).

In the first five months, exports and imports of products under the general trade category surged 12.7 percent year on year to 6.84 trillion yuan, accounting for 58.8 percent of the total foreign trade volume, 2 percentage points higher than the same period last year.

China's trade with countries along the Belt and Road registered faster-than-average growth, with the trade volume standing at 3.21 trillion yuan, up 11.1 percent year on year.

Exports and imports made by foreign-funded companies totaled 4.95 trillion yuan, up 4.3 percent, contributing 42.6 percent of the total foreign trade volume during the January-May period.