FUZHOU, Dec. 9 (Xinhua) -- East China's Fujian Province has so far built more than 20,000 5G base stations as part of efforts to speed up the construction of new infrastructure and develop the digital economy.

The province has 5G network in areas above the county level, according to the provincial industry and information technology department. 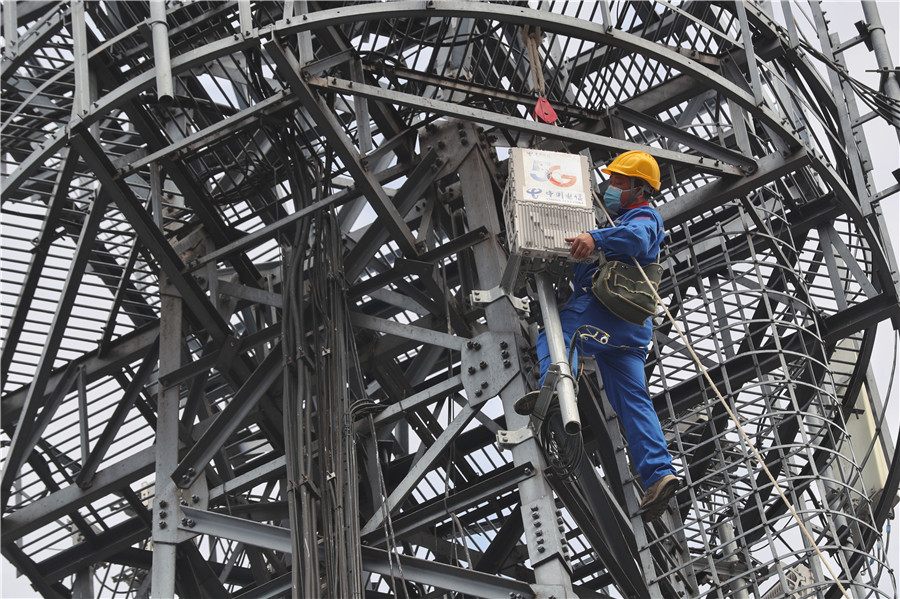 A technician of China Telecom installs a 5G base station in Shanghai. (Photo: China News Service)

In August, Fujian issued a three-year action plan to accelerate the construction of new infrastructure and development of 5G industry.

In the fourth quarter of this year, the province has launched 234 major new infrastructure projects with a total investment of 188.1 billion yuan (around 28.8 billion U.S. dollars).