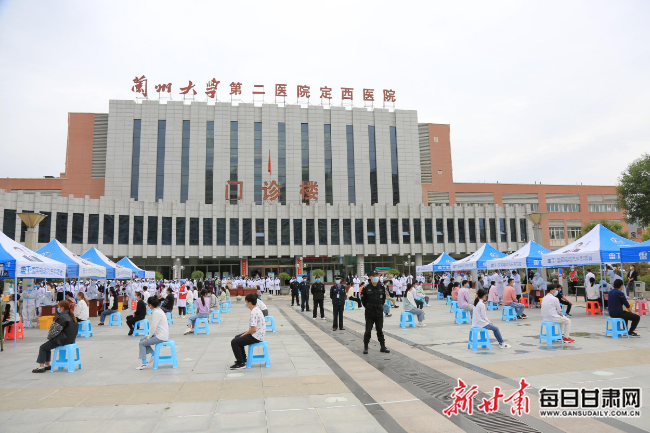 LANZHOU, Oct. 19 (Xinhua) -- Four cities in northwest China's Gansu Province have reported no positive COVID-19 results, as of 4 p.m. Tuesday, from their ongoing mass program of nucleic acid tests, according to the provincial government's information office.

The province has collected more than 460,000 personnel samples and over 1,000 environmental samples, of which over 340,000 samples have tested negative. The results from the remaining samples are yet to be released.

Since Sunday, the cities of Jiayuguan, Jiuquan and Zhangye in the province have reported several confirmed cases passing through on the way to other regions.

Lanzhou, the capital of Gansu, has traced 504 people in close contact with confirmed cases. Those in the city have been placed under quarantine for medical observation and sampled for nucleic acid tests. Nine primary and secondary schools in Lanzhou have suspended classes.