After a tough 2020, when growth is expected fall to its lowest in decades despite taking the lead globally in steadily recovering from a historical COVID-19-induced plunge, the Chinese economy is forecast to grow at its fastest rate in nine years in 2021, remaining a ray of sunshine as other major economies will likely continue to bear the brunt of the pandemic, according to a Global Times poll. 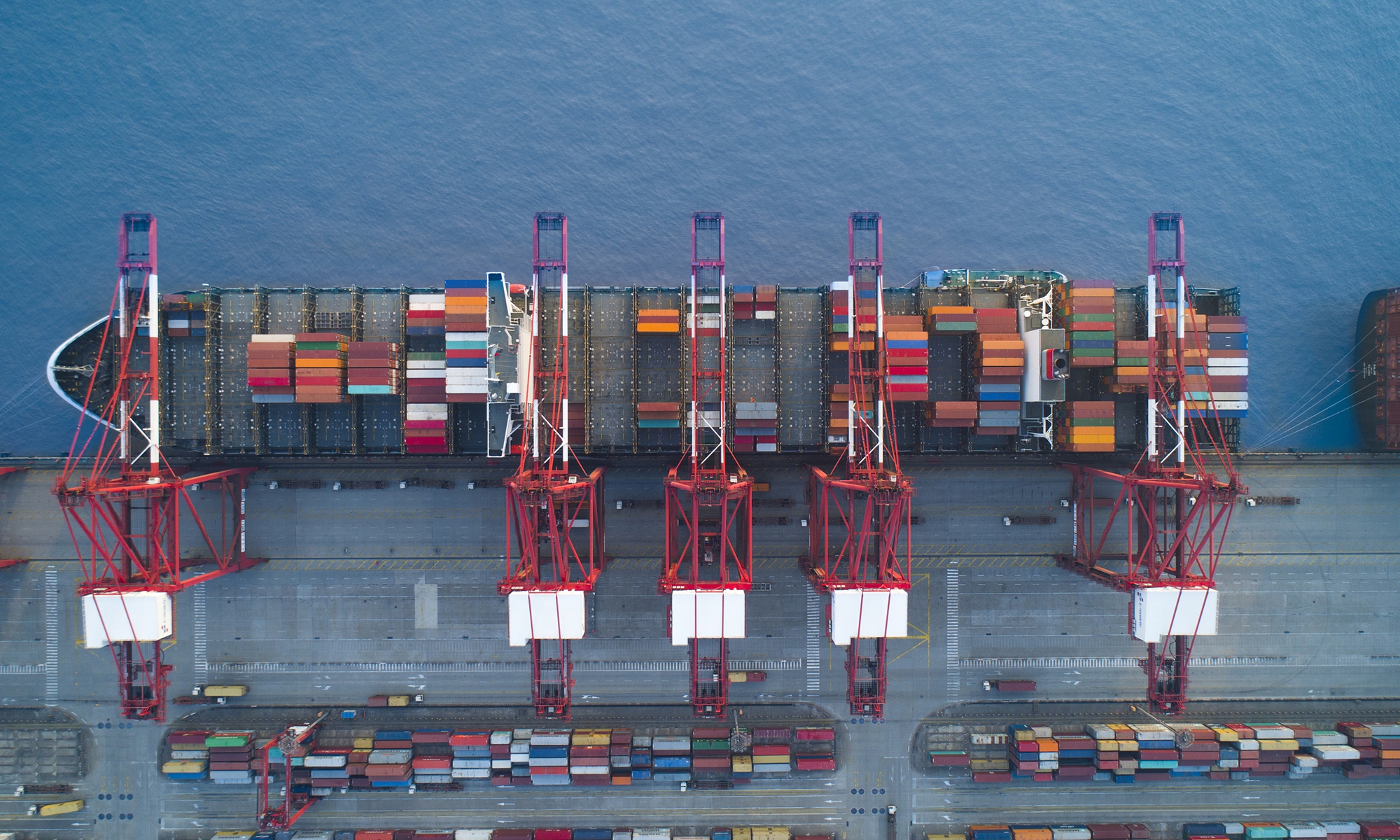 However, even as the 20 former officials, noted economists and trade experts surveyed are remarkably upbeat over the growth prospects of the world's second largest economy next year, they were notably pessimistic over improvements in China-US trade ties - one of the biggest external risks for the Chinese economy, with many expecting the incoming US administration to largely continue its tough tone on trade toward China.

The Chinese economy is expected to expand by 8.2 percent in 2021, according to the median of the 20 experts surveyed by the Global Times. That would be at its fastest pace since 2011 when the growth rate was above 8 percent for the last time and would signify a remarkable comeback from what is expected to be its slowest pace in over four decades of around 2.1 percent this year.

That would ensure the Chinese economy, the only virus-defying major economy, will remain a ray of sunshine in 2021 with an annual growth pace projected to be as high as 9.5 percent and GDP growth peaking at its highest at 19 percent in the first quarter of 2021, the poll showed.

Such prospects are highly possible as the world is increasingly looking to China to map out a way out of the coronavirus-inflicted recession after an eventful 2020 - marked by unprecedented challenges arising from the COVID-19 pandemic and US' political mess.

Many major economies are expected to see the strong recovery but continue to cope with the fallout from the pandemic. The US economy is predicted to grow by 3.1 percent in 2021, while the EU's economy is expected to expand by 5.2 percent, according to the IMF.

Lu Ting, chief China economist at Nomura, who projected a growth rate of 9 percent next year, attributed the expected upturn to effective containment of the virus, a continued uptrend in exports and investment growth, and a gradual return to normality in consumption growth. Lu added that emerging COVID-19 vaccines that are projected to genuinely contain the pandemic globally could also give a "conspicuous" boost to the Chinese economy.

Also being expected to offer support for strong growth next year is a slew of policies expected to emerge from a series of tone-setting meetings, including the upcoming Central Economic Work Conference, where top policymakers will discuss economic policies and targets for the coming year. While markets watch closely for China's official target for the coming year, officials might decide to again scrap a specific numerical GDP growth target for 2021, analysts said.

Among the buttresses are the 14th Five-Year Plan's focus on technology and pro-quality development policies that would augur well for the hard technology sector and a short-term global reliance on China's supply chains and the resumption of production in overseas markets beginning in the second quarter of 2021, a booster for the domestic market.

While Chinese policymakers have been shifting focus toward the domestic market to boost economic growth, external challenges remain a top risk for the Chinese economy, particularly China-US trade tensions.

Despite a change of the presidency in the US, only three of the 20 economists and experts surveyed expressed optimism toward the prospects of improvement in China-US trade relations under the upcoming Joe Biden administration, while seven said that tensions will likely persist in the coming year. In line with the highly uncertain nature of the world's most consequential bilateral relationship, half of the experts did not offer a clear prediction for China-US ties.

Gao Lingyun, an expert at the Chinese Academy of Social Sciences in Beijing, said it remains to be seen whether China could continue its impressive growth in exports to the US over recent months that were for a big part driven by US market needs for medical materials, computers and devices with internet connectivity amid the epidemic.

The incoming administration would focus on the internal affairs of the US next year, said Gao, who remains pessimistic about phase two trade talks.

Beneath the trade issue lies the fundamental competition between the two countries in the sphere of technology and a mounting rivalry in global governance, he said, adding that the coronavirus epidemic renders the two nations even closer in national power, thereby intensifying the bilateral rivalry in technology and finance.

Biden has stated that he would not immediately remove remaining tariffs on hundreds of billions of dollars worth of Chinese products and would consult with US allies on an approach toward China.

Still, there are some who believe trade talks could resume under the new US administration.

The world's top two economies would surely restart talks, although it remains unknown what the talks will be named or what the talks may cover and target, said He Weiwen, a former senior trade official, adding that it would not be a phase two dialogue based on the phase one deal with the current US administration.

If China-US economic and trade tensions do not escalate under Biden's administration, bilateral trade will hit a fresh historic high in 2021, according to He, also an executive council member of the China Society for World Trade Organization Studies. China-US trade hit a record high of more than $630 billion in 2018.

"There might be some easing, but it would not be so significant that it would turn the China-US economic and trade relationship into a positive path," said Song Guoyou, deputy director of the Center for American Studies at Fudan University, noting that Biden will likely maintain a tough position on trade policies toward China.

However, analysts pointed out that after the four-year trade war launched by the US, the Chinese economy has shown great resilience in coping with not just trade tensions but also unprecedented events such as COVID-19. Chinese officials will likely focus on further boosting that resilience through major policy initiatives, regardless of what the US does or says.

In a series of recent top meetings, including a meeting of the Political Bureau of the Communist Party of China Central Committee on Friday, top Chinese officials have indicated that they would strive for the expansion of domestic demand and build more independent and controllable industries and supply chains. Further clues of how China plans to carry out such strategies could be expected at the Central Economic Work Conference in the coming days.