CHINA China's goal has never been to surpass US: FM spokesperson

China's goal has never been to surpass US: FM spokesperson

BEIJING, March 26 (Xinhua) -- The goal of China has never been to surpass the United States, but to constantly surpass itself and become a better version of itself, a foreign ministry spokesperson said Friday. 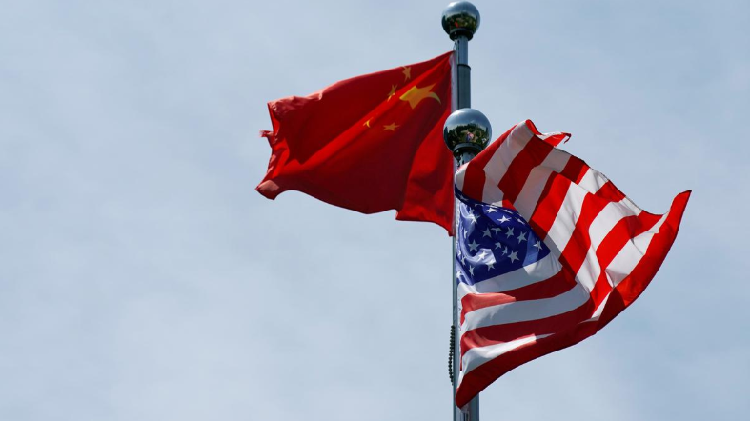 Spokesperson Hua Chunying made the remarks at a press briefing in response to a question on US President Joe Biden's recent comments on China-US relations.

Noting China's policy toward the United States is highly consistent and stable, Hua said China is willing to work with the United States to earnestly implement the important consensus of the two heads of state in their telephone conversation on Chinese New Year's Eve.

"It is hoped that the United States will meet China halfway and develop a relationship featuring non-confrontation, non-conflict, mutual respect and win-win cooperation to bring bilateral relations back on track of sound and stable development," she added.

"In terms of abiding by international rules, China is a role model, while the United States is probably an underachiever. This is recognized by the international community," she added.

On the issue of democracy and centralization, Hua said whether a political system is good primarily depends on whether it conforms to the national conditions, can bring about political stability, social progress, and the improvement of people's livelihood, as well as can win people's support and contribute to human progress.

Noting China pursues a people-centered vision, Hua said the country achieved the poverty reduction target set in the 2030 Agenda for Sustainable Development 10 years ahead of schedule.

"We have put in place the world's largest social security system, covering nearly 1.4 billion people. This has not only raised people's incomes and living standards but also ensured that everyone has access to housing, education and medical insurance," she said, adding that the Chinese people's overall satisfaction toward the government has been over 90 percent for many years.

As the two biggest economies in the world, it is not surprising that China and the United States are competing in the fusion of interests, Hua said, adding the key is to compete virtuously on the basis of fairness and justice.

"We hope to respect each other, interact positively, develop mutually beneficial cooperation with other countries, including the United States, and constantly surpass ourselves, improve ourselves and make each other a better version of ourselves for the benefit of the world," Hua said.