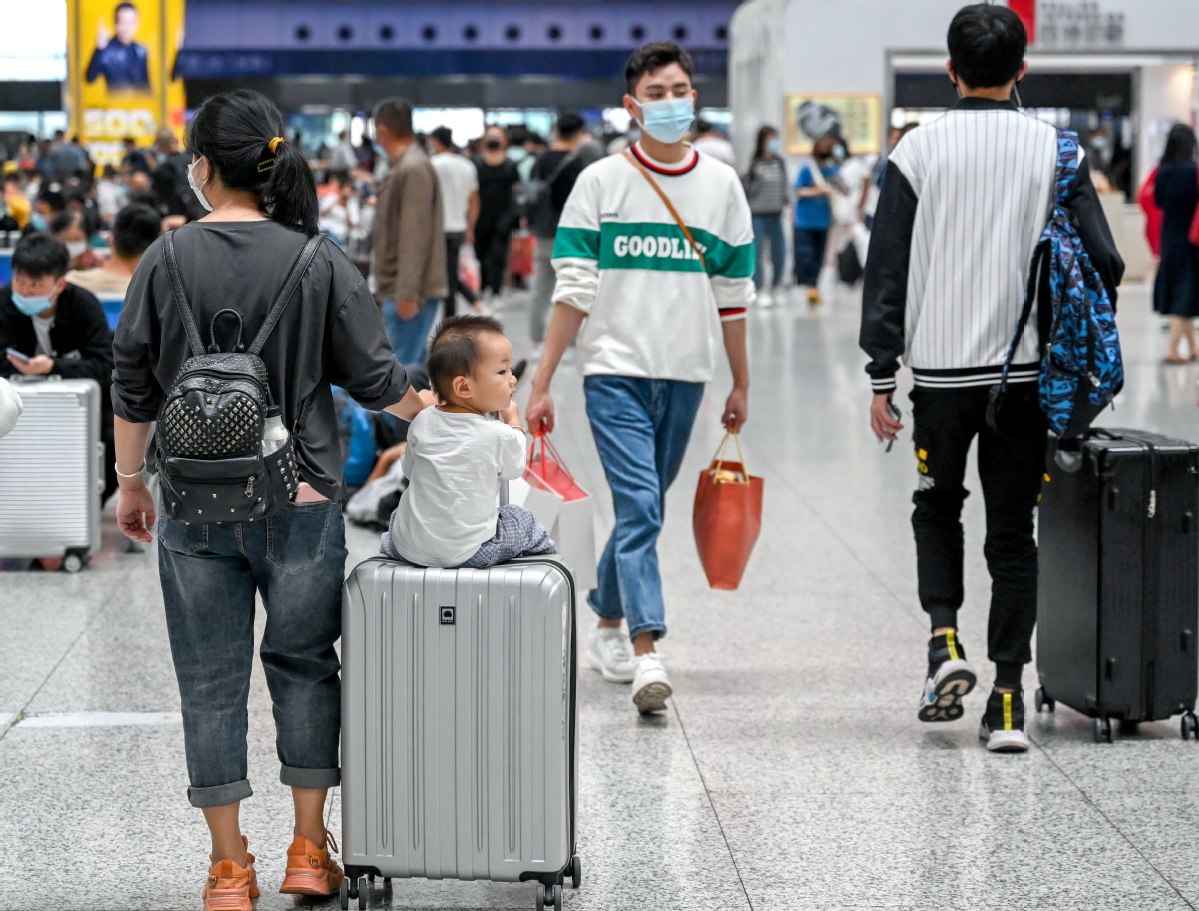 People travel at the Hangzhou East Railway Station in Zhejiang province on Monday, kicking off the 11-day railway travel peak of the National Day Holiday. An average daily passenger flow of 245,000 is expected in the city's railway stations during the travel peak.(Photo: agencies)

The superlong holiday is a season of tourism and consumption boom that is set to inject momentum into China's recovering economy.

Amid regular epidemic control, hundreds of millions of Chinese will be traveling for family reunions or leisure staycations after some trying months due to the COVID-19 epidemic.

During the holiday, the total number of domestic tourists nationwide is estimated to reach 550 million, while the total traffic volume of the expressway network is forecasted to reach 408 million and the railway is expected to transport 108 million passengers.

Xu Jie, a 35-year-old photographer with the Shanghai-based Spring Tour travel agency, celebrated the National Day with 15 local tourists. They took a city walk strolling along the Bund, an iconic scenic spot of the metropolis. He guided the visitors to catch sight of the magnificent sunrise on the Huangpu River.

"More and more people are developing a fondness for city walks, which can help them better understand the place. Especially since the outbreak of the COVID-19 epidemic, most people choose not to travel abroad to avoid risks of infection," said Xu.

Spring Tour has launched such city-stroll services in Shanghai to help people develop a deeper understanding of the city's history and culture.