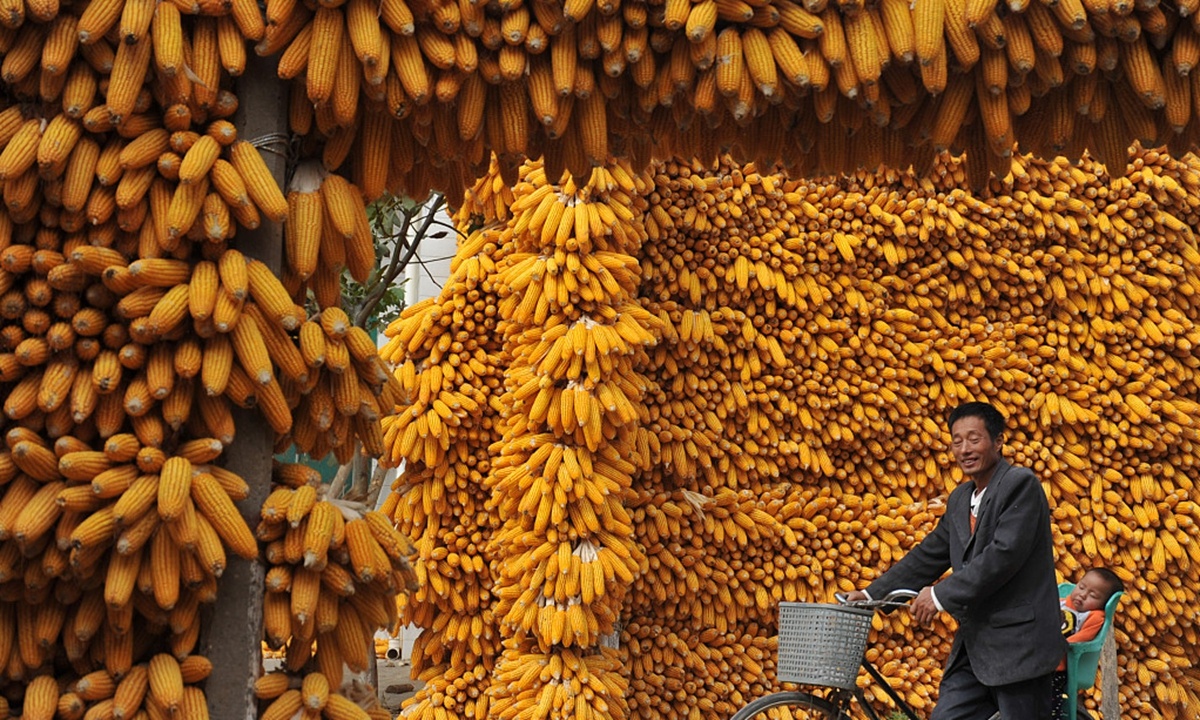 China's grain reserves are stable and sufficient to feed 1.4 billion people, with the national grain storage surpassing 650 million tons and reaching an advanced level, an official at the National Food and Strategic Reserves Administration said on Friday.

The size of grain reserves in major grain producing areas is able to meet Chinese market demand for three months, and grain reserves in main sales areas for six months, Liang Yan, deputy head of the administration told a news briefing on Friday in Beijing.

China, for the first time, wrote the implementation of the national food security strategy into its five-year plan, and made obligatory the target of the country's overall grain production capability in the 14th Five-Year Plan (2021-25), which "reflected the country's great attention on food security," according to the official.

In addition, the formulation of a national law on ensuring food safety will be accelerated.

Jiao Shanwei, editor-in-chief of cngrain.com, a website specializing in grain news, told the Global Times on Friday that the law may touch upon seeds, grain production, food purchasing, storage, processing, and sales.

China has realized bumper grain harvests for 17 consecutive years, and the nation's total grain output has surpassed 650 billion kilograms for six consecutive years, according to Liang. The per capita share of grain in China reached more than 470 kilograms, higher than the global average level, at 400 kilograms.

Regarding increasing international grain prices, Qin Yuyun, head of the reserve division at the administration said on Friday that multiple factors have pushed up grain prices, including the spread of the coronavirus worldwide, drought in Southeast Asian countries and desert locusts.