With a booming new energy industry, China has experienced robust development in non-fossil energy development and accelerated the low-carbon transformation of its energy mix, according to an official document. 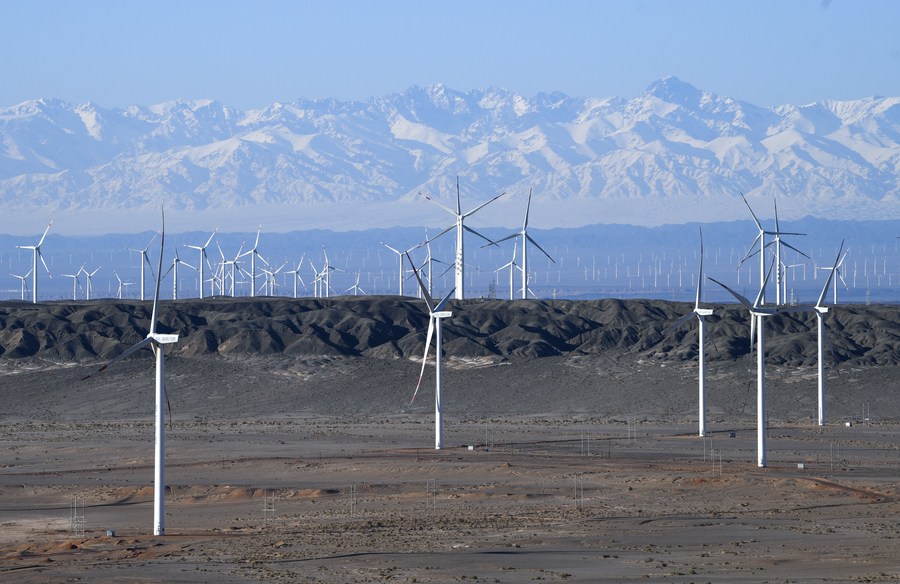 The document, titled "White Paper on Responding to Climate Change: China's Policies and Actions", was made public at a news conference organized by the State Council Information Office on Wednesday.

With 44.7 percent of the country's installed capacity for power generation non-fossil, the proportion of non-fossil energy in the country's energy consumption mix had been lifted to 15.9 percent last year, up 8.5 percentage points from 2005, it said.

Compared with 2005, the installed capacity for solar and wind energy climbed over 3,000 times and 200 times, respectively.

The document also said with energy efficiency on the upswing, China has been a major contributor to global energy conservation.

In the decade, on average, China achieved an annual expansion of 5.7 percent in its economy, but the growth of its energy consumption only stood at 2.8 percent a year on average. During that time, energy conserved in the country accounted for roughly half of the total in the world.

An "accelerated clean, low-carbon transformation" also characterizes the country's energy consumption mix. The proportion of coal in the mix decreased to 56.8 percent in 2020, compared with 72.4 in 2005.

China has outpaced many other nations in the production and sale of new energy vehicles for six straight years. It has also topped the world in outputs of some major facilities for photovoltaic power generation in the past eight years.

Regarding installed capacity for new types of energy storage, the country now also comes second to none with 3.3 million kilowatts.

New types of energy storage usually refers to those excluding pumped storage, a means of regenerating unused electricity potential with the help of hydropower stations.