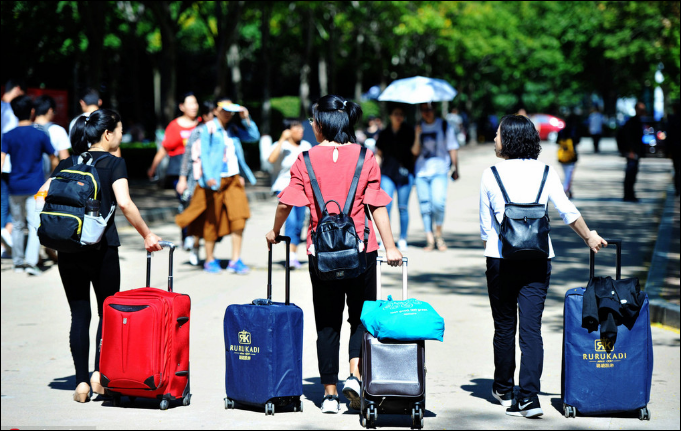 There were a total of 38.33 million students enrolled in the country's universities and colleges in 2018. (Photo: IC)

China's gross enrollment ratio in tertiary education was 48.1 percent in 2018, registering a 2.4 percentage point increase from the previous year, according to official figures.

There were a total of 38.33 million students enrolled in the country's universities and colleges, noted a statistical report on China's education in 2018 issued recently by the Ministry of Education.

Of the total enrollment, 2.73 million students were with post-graduate programs, including 389,500 in doctoral degree studies and 2.34 million for master degrees, the figures showed.

The number of students enrolled in full-time bachelor degree programs and full-time junior college diploma programs in 2018 was 16.97 million and 11.33 million respectively.