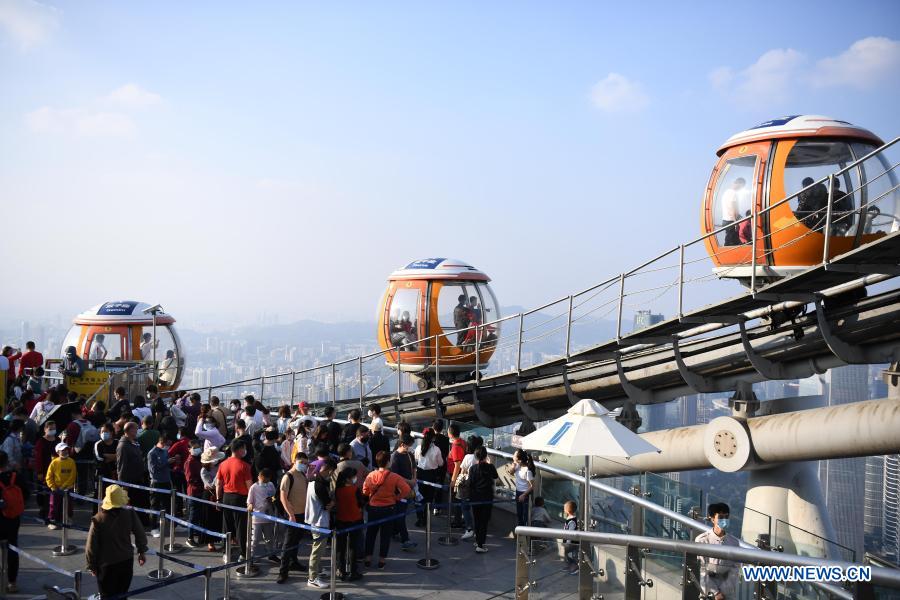 People wait in line to board a ferris wheel at Canton Tower during the Lunar New Year holiday in Guangzhou, capital of south China's Guangdong Province, Feb. 15, 2021. (File photo: Xinhua)

The patient, a 75-year-old woman, had visited a hospital on Thursday due to fever. She received a nucleic acid test there which later showed a positive result, local officials told a press conference.

On Friday, she was confirmed as a COVID-19 case by the provincial epidemic prevention and control center. She is experiencing mild symptoms and has been transferred to a designated hospital in Guangzhou.

By 5 p.m. Friday, 16 close contacts and 67 secondary close contacts of the case had been put under medical observation. More than 31,000 nearby residents had been sampled for nucleic acid testing, and so far over 3,000 have tested negative.

An epidemiological investigation has been launched. According to the officials, the patient had not been anywhere out of Guangzhou during the 14 days before falling sick, with daily activities limited to her neighborhood.