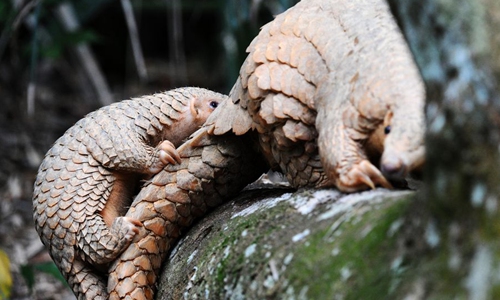 The Chinese provinces of Hainan and Guangdong have heightened crackdown on wildlife-related crimes.

China's southernmost Hainan Province has launched a three-year campaign to crack down on wildlife crimes as part of the efforts to fight the novel coronavirus, local authorities said Wednesday.

The operation will target illegal hunting and killing of wild animals, illicit sales, purchase and consumption of wildlife products, the provincial department of public security said, adding that the crackdown will be enforced "severely and swiftly in accordance with laws."

Police also posted cash rewards to encourage the public to report such crimes and urged offenders to turn themselves in for leniency.

In the southern province of Guangdong, police have listed seven behaviors regarding wildlife as major targets of crackdown.

The behaviors include illegal purchasing, transportation and sales of wild animals and their products, in addition to eating wild animals, according to the provincial department of public security.

Anyone caught in such acts will face severe punishment, the department said.