BEIJING, Aug. 18 (Xinhua) -- Despite the pandemic and domestic economic development challenges, China's economy has sustained a steady recovery since the start of 2021, laying a solid foundation for achieving its full-year economic and social development targets, reported the country's top economic planner Wednesday. 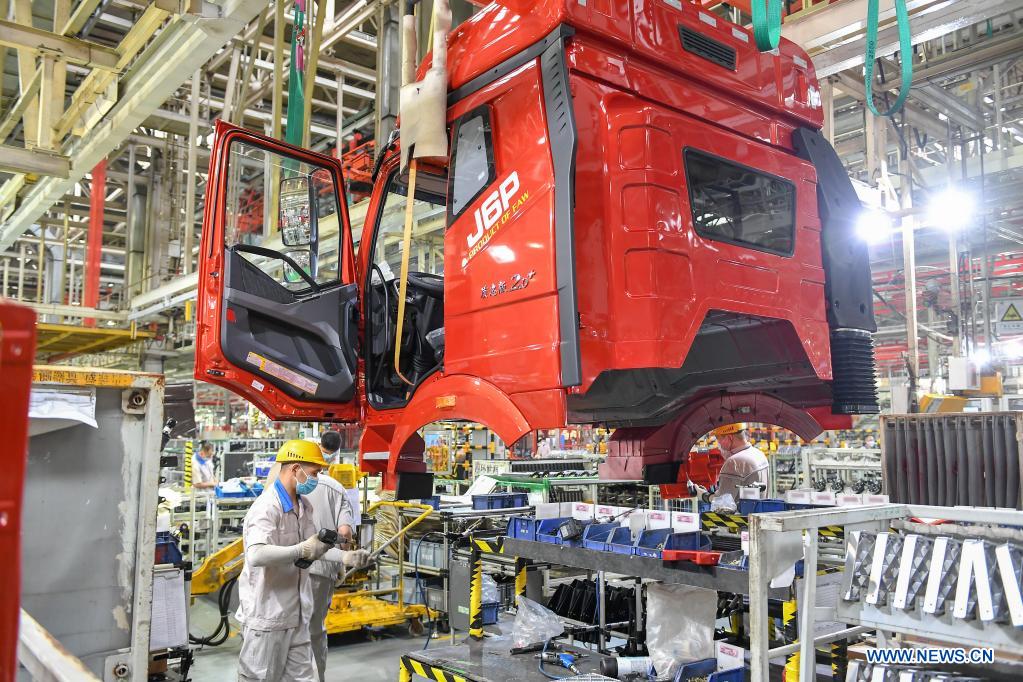 In the first half of the year, the country's major economic indicators, including economic growth, unemployment rate and consumer price index (CPI), have met expectations, said He Lifeng, head of the National Development and Reform Commission, while delivering a report on implementation of the national economic and social development plan at the ongoing session of the National People's Congress Standing Committee.

China's gross domestic product expanded 12.7 percent year on year in the first half of 2021, and a total of 6.98 million new urban jobs were created, according to He.

The country's CPI rose 0.5 percent year on year during the January-June period, and foreign exchange reserves stood at 3.214 trillion U.S. dollars by the end of June, He added.

China's proactive fiscal policy so far this year has provided support for major strategic national tasks and contributed to the recovery of the economy as well as the improvement of people's wellbeing, said Xu Hongcai, vice minister of finance.

Yet with external shocks persisting and new challenges arising for enterprises, He stressed that greater efforts are needed to consolidate the foundation for economic recovery at home.

To keep major economic indicators within proper range, Xu said that efforts should be made to undertake cross-cyclical adjustments.