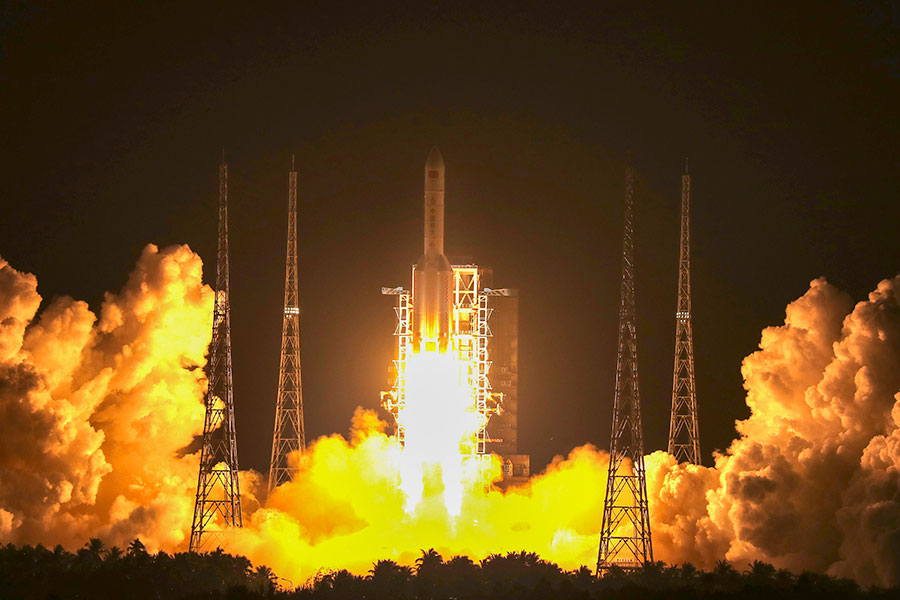 At present, the satellite has completed the orbit transfer and verified the key technologies of the DFH-5 satellite platform, according to Li Feng, chief designer of the satellite.

The Shijian-20 satellite was launched into space by the third Long March-5 rocket, China's largest carrier rocket on Dec. 27, 2019. It has carried out orbit experiments for a series of key technologies.

Shijian-20 has the largest solar wings among all China's satellites, with the total wingspan 10 meters wider than that of a Boeing 737 aircraft. The solar wings has unfolded twice, and the increased solar wing area will supply the satellite with abundant power.