China's lithium supply chain is about to enter a turning point as the nation strives to reduce its reliance on foreign suppliers such as Australia, the largest overseas source, while building a greener and more secure domestic supply chain. 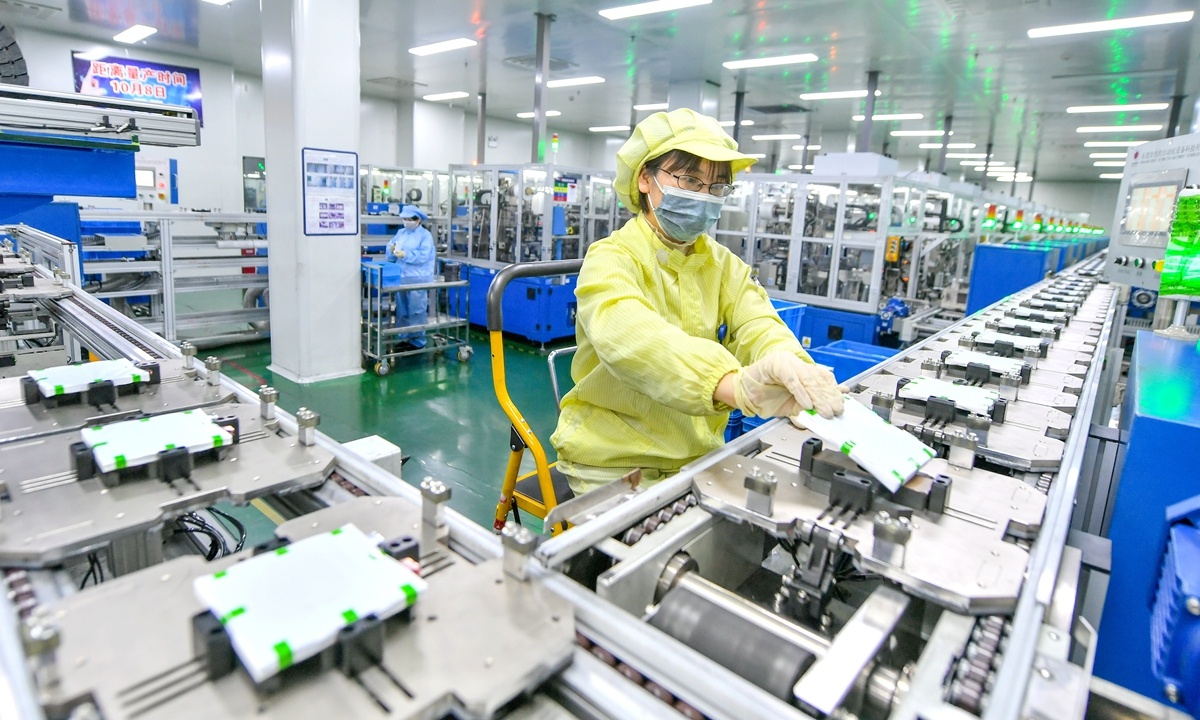 A worker at a lithium battery factory is seen on Monday in Huzhou, East China's Zhejiang Province. The company will reward workers who stay in the city during the upcoming Chinese New Year, in response to China's call to reduce travel to contain COVID-19. Photo: cnsphoto

The shift has already been reflected in the A-share stock market, with several companies in the sector closed at record highs on Friday. Among them was Jiugo Hi-Tech, whose share price rose from 23.2 yuan ($3.58) on July 1 to 43.15 yuan on Friday, an increase of almost 100 percent.

Lithium is a key raw material for new-energy vehicle batteries, and China is the world's largest consumer, accounting for 39 percent of global consumption as early as 2019. But most of the lithium was imported.

With a national strategy, stronger demand, a high lithium price and domestic technological progress, the battery industry is on an accelerated pace to reduce reliance on overseas sources and put more focus on domestic supplies, industry insiders noted.

A source with a large mineral supplier told the Global Times on Sunday that reducing reliance on imports is a major target this year, given tightened supplies, a complex trade situation and rising demand for the raw material.

"We have developed technology in extraction and are expanding investment on it, which will in turn support our domestic supplies," said the source, who spoke on the condition of anonymity. He noted that salt lakes in western regions of China are one focus for supplies.

Chinese domestic companies have been seeking to reduce dependence on imports because the concentration of sources put them in a weak position on pricing.

Driven by tight supplies, the price of imported lithium concentrate was $420 per ton at the end of December 2020, but it has since risen to $735.

Data from the Shanghai Metals Market shows that the average price of 6 percent grade spodumene concentrate was $720 per ton at the end of June, up 72.5 percent year-on-year.

Global lithium resources are mainly concentrated in Chile, Australia and Argentina. China's import dependence for lithium was nearly 80 percent in 2020, and its dependence on Australia was around 60 percent, data from Huaxi Securities showed.

China has the world's sixth-largest known reserves of lithium ore, but due to the limits of domestic technology, the proportion of brine and ore directly used as raw materials in the middle and downstream fields is very low, industry insiders said.

However, the situation has gradually changed this year with more policy support, stronger demand, and technology advancement in cost controls and mass production lines.

"In the context of rising prices and resilient demand, the development potential of domestic salt lake lithium extraction is huge in China," Wang Jingzhong, deputy director general of the China Battery Industry Association, told the Global Times on Sunday, adding that investment in this sector will increase. 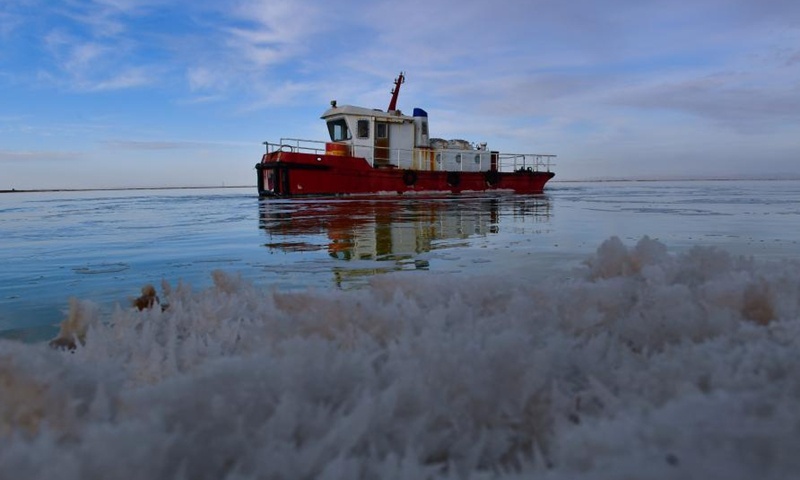 A recent meeting of the State Council's leading group on development in the western region also stressed that the development of salt lakes was a pressing and imminent issue.

"Given the huge demand for lithium, the rising price, and China's position as the largest market for new-energy vehicles, more investment and support in research and development will go into this field," Wang said.

In an era of carbon-neutral and carbon-maximum-led green energy, it is also necessary to increase the development of lithium resources from salt lakes, because compared with mining, this method of extraction has much less impact on the environment, experts said.

China's commitment to enhance environmental protection and reach carbon neutrality, its advances in new technology and uncertainties over the supply chain will divert China's supplies of lithium from countries including Australia, Chen Hong, a professor and director of the Australian Studies Center under East China Normal University, told the Global Times on Sunday.

"The demand for clean energy will be increasingly bigger and China has abundant salt lake resources, which means more investment and room of development in domestic supplies," said Chen.