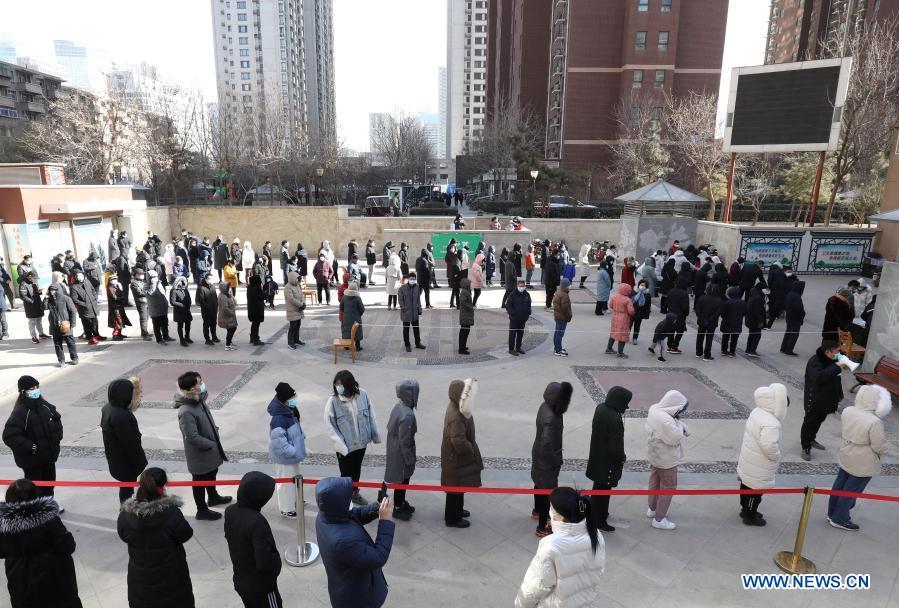 The province also reported 183 asymptomatic cases in the period, amid the recent resurgence of COVID-19, according to a Friday afternoon press briefing on COVID-19 prevention and control work.

All confirmed and asymptomatic cases were registered in either Shijiazhuang City or Xingtai City.

The virus, which caused the outbreak, was imported from abroad, and the specific source is still under investigation. The preliminary investigation found all reported cases linked, said Li Qi, director of the Hebei Provincial Center for Disease Control and Prevention, at the press briefing.

The two cities plan to complete nucleic acid testing for all residents before Saturday.

Residents in Shijiazhuang and Xingtai have been advised against non-essential outbound trips, and long-distance passenger vehicles in the two cities have also been suspended.

Emergency vehicles, such as those transporting epidemic prevention materials, entering or leaving the cities must have valid travel documents.

All villages and residential communities in the cities of Shijiazhuang and Nangong, administered by Xingtai, have been put under closed management.