BEIJING, Oct. 21 (Xinhua) -- China's higher education has made notable progress during the past two decades, according to an inspection report on the enforcement of the Higher Education Law.

Higher education has become increasingly popularized in China in the past 20 years, with 2,663 universities and colleges nationwide in 2018, 1.6 times more than that in 1998, said the report submitted to the ongoing bimonthly session of the National People's Congress (NPC) Standing Committee.

The number of Chinese students in higher education institutions increased from 8.5 million in 1998 to 38.33 million in 2018, accounting for about 48 percent of the country's population aged between 18 and 22 in 2018, according to the report.

The NPC Standing Committee launched an inspection on the enforcement of the Higher Education Law between June and September, the first inspection since the law was formulated in 1998. 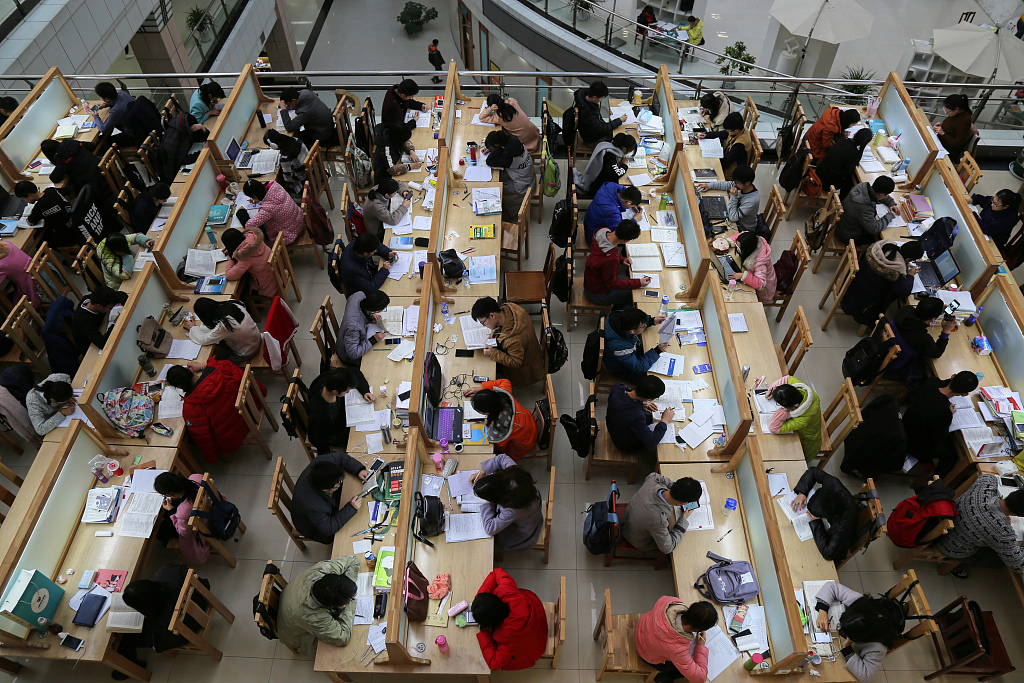